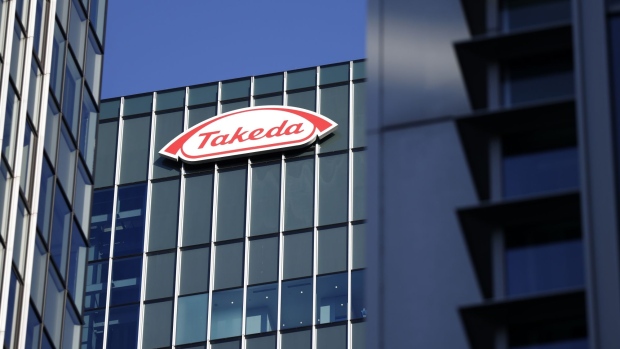 (Bloomberg) -- Takeda Pharmaceutical Co.’s dengue vaccine was given the green light for use in Europe, making it the world’s second ever inoculation to be approved to fight the mosquito-borne disease that affects almost 400 million people a year.

The European Commission approved the two-shot regimen, called Qdenga, for individuals four years of age and older, Takeda said in a statement Thursday. The nod was expected after a European Union advisory panel endorsed it in October. Shares rose 1.5% in Tokyo on Friday.

Takeda’s shots can be used in wider swath of the population than Dengvaxia, the vaccine made by rival Sanofi that suffered a major setback in 2017 when an analysis found that people who had never suffered from dengue before getting the shot had a greater risk of developing severe disease if they were later infected.

Read more: How Takeda Developed a Dengue Vaccine After Decades of Setbacks

About half of the world’s population lives in areas at risk of dengue and scientists have warned that climate change will likely hasten the spread of the mosquito species that carries the virus. An uptick in travel as the world pivots to living with Covid-19 has also increased the threat of people getting infected.

“With the increasing ease of travel today, our once expansive world has become that much smaller, increasing the risk of dengue disease for those living in dengue-endemic areas and for those traveling to these regions,” Gary Dubin, head of Takeda’s vaccine unit, said in the statement. Qdenga will offer a new tool in preventing the disease for people in the EU and those traveling to endemic regions around the world, he said.

Although most dengue cases are mild, typically causing flu-like symptoms, some infected people suffering a sudden onset of fever, headache, rashes and pain in muscles and joints so severe that some call the disease ‘breakbone fever’. About 500,000 dengue patients a year require hospitalization from complications that can result in shock and internal bleeding. About 20,000 die, primarily children.

Takeda said it will start selling Qdenga in Indonesia early next year after the country approved it in August. It’s also seeking approvals in about a dozen other countries, including the US.