While job growth in large urban areas like Toronto and Ottawa exceeded the national average since the financial crisis of 2008, smaller towns across Ontario haven't experienced the same labour expansion, according to new research released Wednesday by the Fraser Institute.

The Vancouver-based think-tank analyzed a decade's worth of data until 2019, and found that many areas of Ontario had failed to recover after the financial crisis of 2008, leaving them in a vulnerable position before facing further hits to their labour force during the COVID-19 pandemic.

“Given the sheer size of the Greater Toronto Area and surrounding communities, it is easy to miss the economic challenges faced by many other parts of Ontario when looking at province-wide economic statistics,” said Ben Eisen, a senior fellow who co-authored the Fraser Institute report, in a statement. 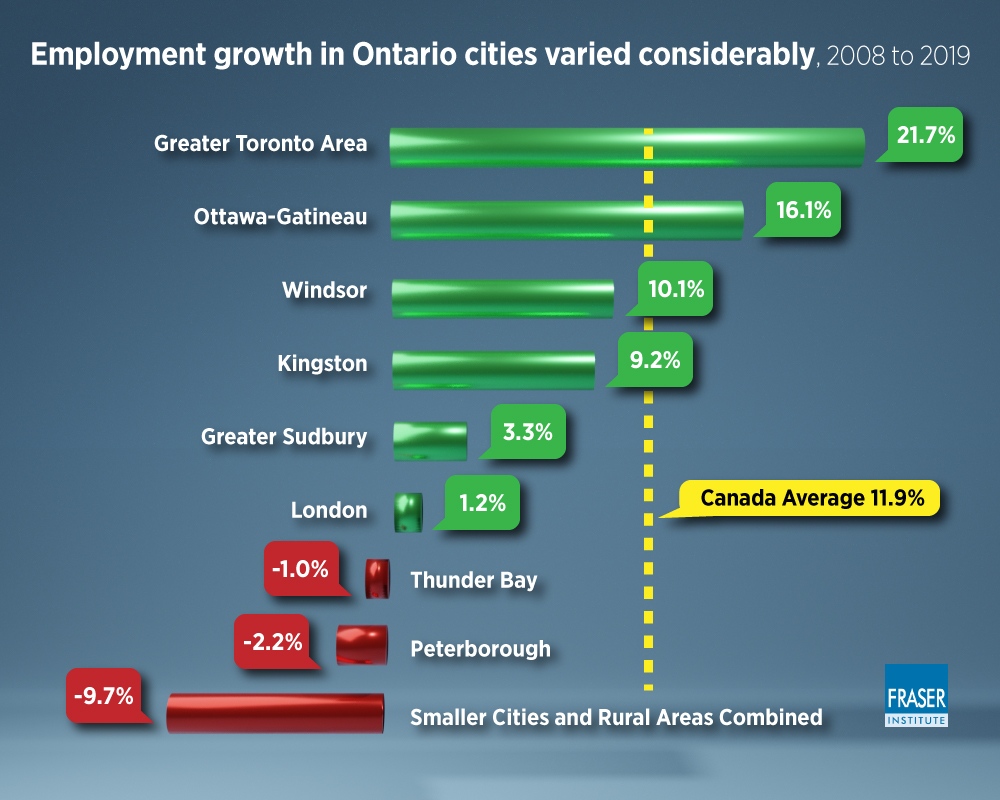 Job creation rates were almost double in Toronto (21.7 per cent) compared to the national average (11.9 per cent) and were just above that in the Ottawa area (​16.1 per cent).

Yet, in municipalities like St. Catharines-Niagara, London and Sudbury, those rates were well below national figures (at 0.6 per cent, 1.2 per cent and 3.3 per cent). In Thunder Bay and Peterborough, job growth fell, declining by one and 2.2 per cent, respectively.

While there are various reasons for why Ontario's job growth outside of the major urban areas differ, the report found changes to a region's population was a notable indicator of labour expansion.

When the population and job figures are taken together, Eisen said a “tale of two Ontarios” emerges — where one cluster of municipalities experienced population growth and job creation above the national average while the other group underperformed on both metrics. 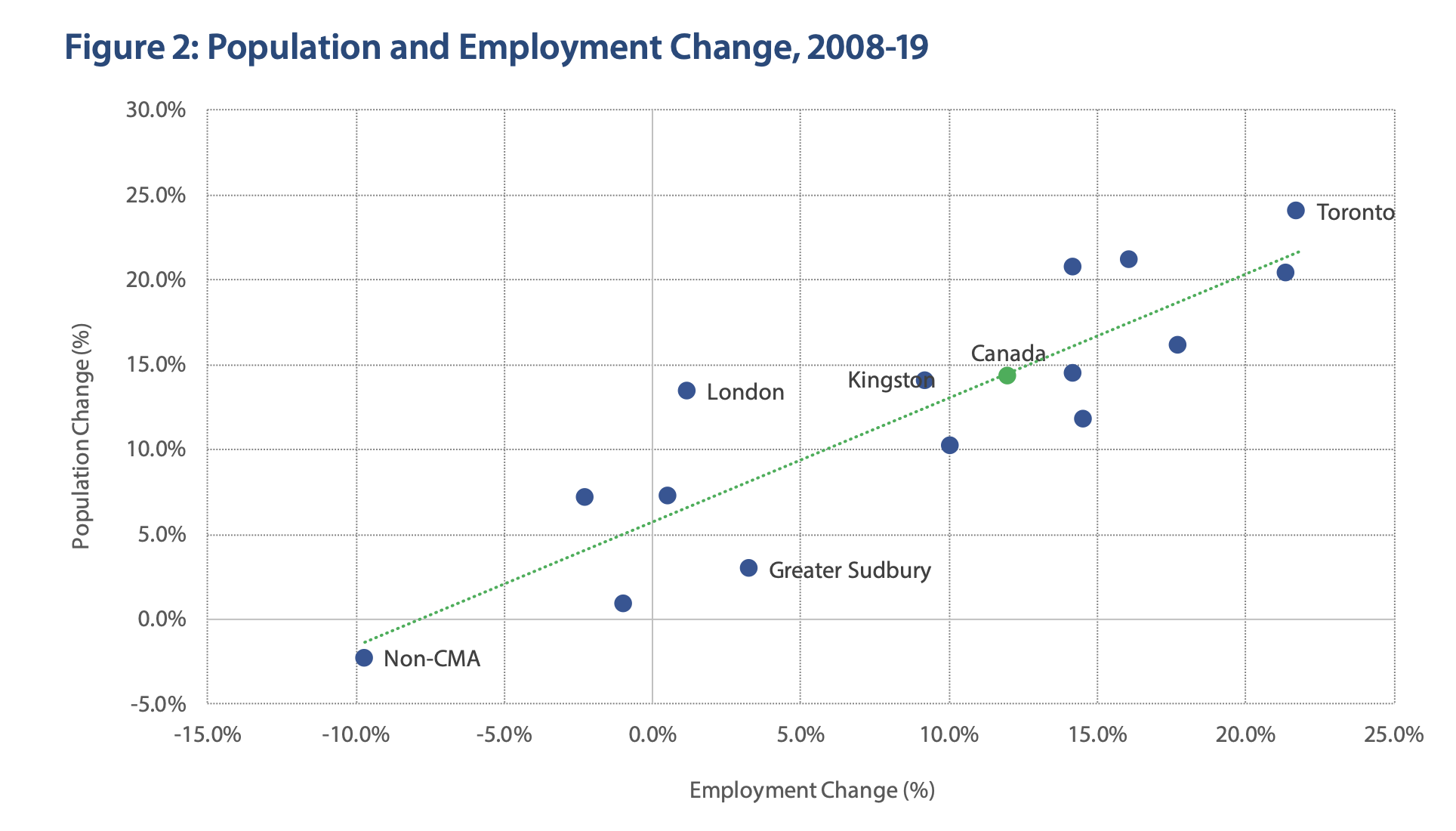 It's critical these major hurdles in job creation rates be seen as issues of national importance, Eisen said. He noted there are 3.7 million people in Ontario living in areas where the rate of job creation fell below the national average over the 10-year observed period.

“Ontario is by far Canada’s most populous province, with regions outside of the GTA that are larger than some provinces,” he said. “Southwest Ontario, for example, is as populous as the entire Atlantic region… The data presented here shows a clear split.” 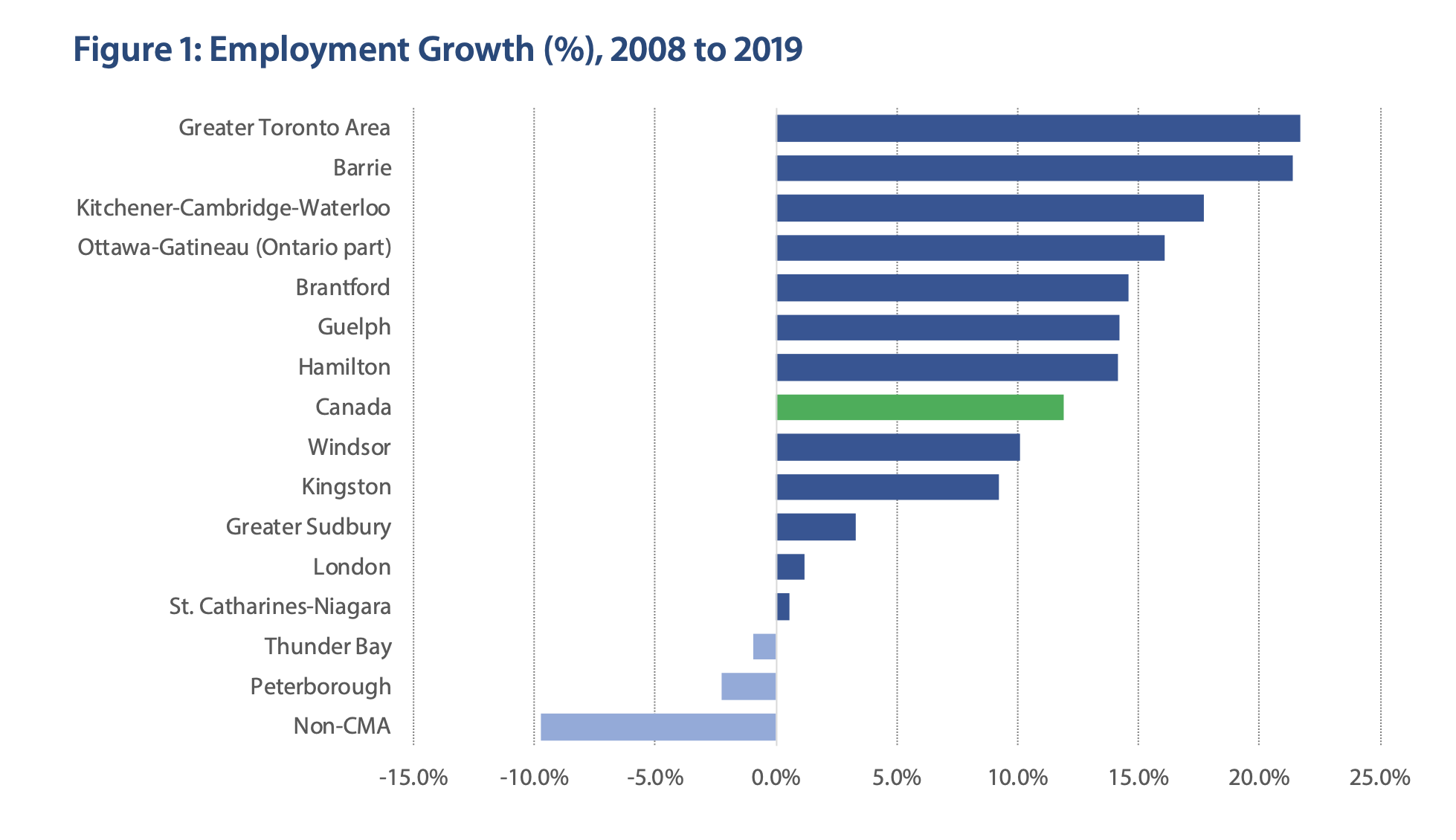