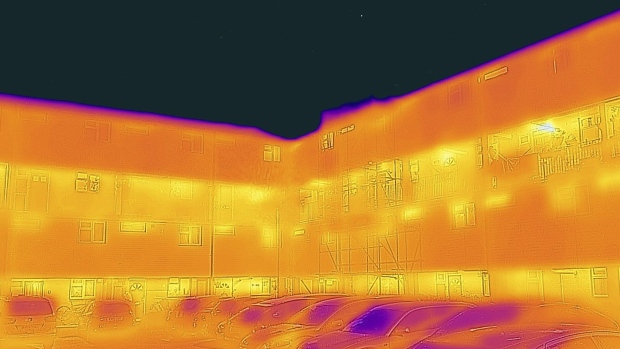 About 60% of homes have low energy efficiency rating, according to the Office for National Statistics. , Bloomberg

Hardly a week goes by without British newspapers featuring a story about energy companies going bankrupt or household heating and electricity bills going through the roof.

The latest outrage comes with a twist. Two energy companies had to apologize after suggesting their customers put on extra socks, cuddle their pets or practice hula hooping to stay warm and cut their soaring bills.

There’s some truth to the backlash: consumer choices aren’t the reason for the current energy crisis, which is primarily caused by a surge in natural gas prices, and small behavioral changes now will do little to blunt the rise in costs. Still, that inflation isn’t affecting every household equally. How efficient buildings are at keeping heat in determines how much of a financial burden people will have to bear.

Our own experience is instructive. On Jan. 6, as the temperature in London dipped below freezing and reached its lowest so far this year, we experienced two very different climates inside our homes, just 10 miles away from each other. In one, an apartment in a three-story building constructed in the late 1800s, the heat was on full blast and a second sweater was necessary to keep warm. In the other, a flat completed in 2016, the trapped warmth from the afternoon sun made it toasty enough to sit comfortably in a t-shirt. The difference was thanks to proper insulation that keeps the heat inside, a feature that's standard in new buildings but absent from older housing stock that hasn't undergone costly renovations.

Unsurprisingly, our bills told the same story. For a fair comparison, we looked at our usage of heating costs over the previous winter. The first apartment used nearly three times as much gas as the second, divided by square footage.

It’s a typical disparity in Britain. About 60% of homes have low energy efficiency ratings, according to the Office for National Statistics.

The U.K.’s housing stock is particularly leaky. Temperatures in British houses typically drop about 3° Celsius after five hours, the highest rate of countries in western and northern Europe surveyed by smart thermostat company tado GmbH. In Germany, the drop was only 1°C over the same time.

That’s an important metric because energy use of a country’s building stock is crucial to meeting any net-zero goal. In the U.K., 17% of all carbon pollution comes from buildings. The government aims to cut that amount by switching heating away from gas in the coming decades, but that won’t keep energy from going to waste. Even if heat comes from electricity sourced from wind farms, that resource would be better used charging an electric car than seeping out a window.

So far, the U.K. has struggled to make home heating more efficient. A government program rolled out during the pandemic that was meant to make as many as 600,000 homes more efficient reached only 8% of that target before it was shut down early.

It was the latest in a decade of unsuccessful measures. “A failure to invest in energy efficiency over the past decade has left the U.K. less well equipped to deal with price rises and volatility,” said Colm Britchfield, a researcher with environmental think tank E3G. With energy bills expected to stay high for a few years, insulation upgrades to cavity walls, lofts, roofs and floors could bring returns much more quickly, he says.

As winter continues, there are some steps that people in Britain can take to meaningfully lower their bills. One is to turn down the temperature on their gas boilers. Most U.K. homes are equipped with boilers that actually run more efficiently if they operate at a lower flow temperature, between 45°C to 60°C — depending on the home’s insulation and the size of the radiators — compared with the 75°C to 80°C they’re often set to, according to Jo Alsop, founder of the Heating Hub. More careful temperature control could help save about a third on heating bills.

It’s a simple solution that also reduces planet-warming carbon pollution. “Imagine an energy shock like this in 10 years time,” said Stew Horne, head of policy at Energy Saving Trust. “If we do what we should and get homes up to an energy efficiency standard from where they are now, then fuel bills will be lower and carbon emissions will be lower.”