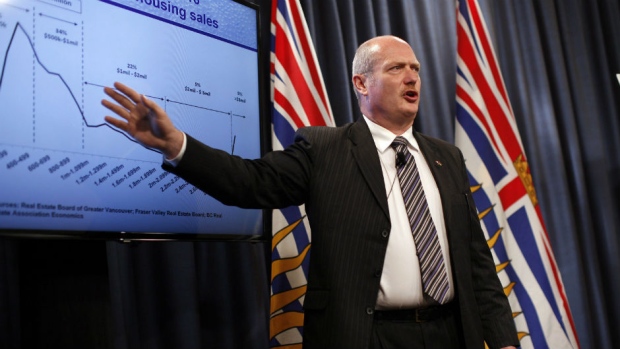 Foreign buyers are a far less significant factor in the Vancouver housing market than anecdotal evidence has led many to believe.

British Columbia Finance Minister Mike de Jong released the first round of data on foreign ownership the province’s real estate market during a Thursday news conference. He found just 3 per cent of homes sold in B.C. from June 10th through June 29th were to buyers that were not Canadian citizens or permanent residents.

In Vancouver, where prices of single-detached homes have spiked nearly 40 per cent over the past year, the province found just 4 per cent of homes sold in the metro area during that period were to foreign nationals.

“The data we have is for a very limited period, so I must make that caution,” de Jong told reporters in Victoria. “But it is a very healthy sample size… it is very accurate.”

Previous studies offered a wide range of estimates for the amount of Vancouver homes being purchased by non-Canadians, from as much as two thirds of luxury transactions to as little as 3.5 per cent of the city’s condo market.

The Finance Ministry figures show $390 million in total value across the province involving foreign buyers during the three-week period, accounting for just 5.1 per cent of the $7.6 billion from just over 10,000 residential real estate sales around B.C.

The measures were part of de Jong's February budget in an effort to track the role of foreign ownership in B.C.'s market.