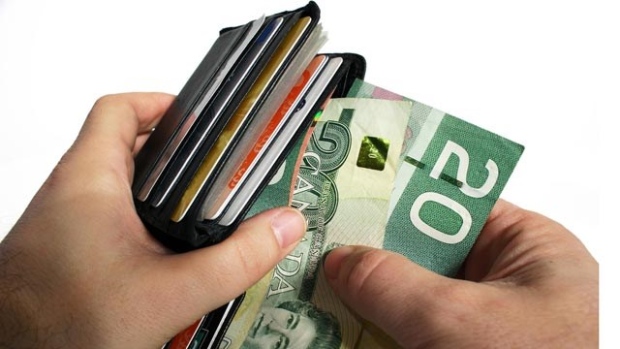 Canadians are charitable and contribute both their time and their money. However, in an environment where there’s an increasing focus on full disclosure, it’s not surprising that Canadians who donate want to know where their money is going, what it is being used for and who the end beneficiaries are.

Financial donations can help a variety of areas, including everything from medical and educational causes, to different kinds of social organizations. Volunteering has a direct impact on the lives of Canadians, whether it is in the form of teaching, support, providing help or giving companionship. But with both types of contributions, it’s no longer as simple as writing a cheque or giving your time. Canadians want a say, and in some cases, they want to influence the causes and groups that they donate to.

Spending, saving and giving are all equal parts of a three-legged stool and the foundation of a financial plan. And like elements of the plan you have to set goals, be realistic, do your homework and diversify. This seems straight forward when it applies to our spending and saving strategies, but sometimes it’s overlooked when it comes to giving. The challenge is understanding an organization’s true impact, and that can involve much more than simply looking at a breakdown of how dollars are allocated.

The task of finding this sort of information was made easier recently.

CanadaHelps – the country’s largest non-profit platform for donating and fundraising online – has launched an innovative new Impact tool that will help Canadian charities better report on the difference they are making in their community and around the world, providing Canadians with the charitable insights they need to give more generously. In fact, a recent survey of 5,500 Canadians who donated using CanadaHelps revealed that almost three-quarters (73 per cent) of respondents would likely donate more if they had access to a charity’s impact results from the previous year.

The Impact tool will address this by allowing charitable organizations of all sizes a simple, step-by-step approach for tracking and sharing results it has generated, the impact it has had on the problem it's trying to solve, and its resolve and plans to deliver real change in the long term. More importantly, it will allow everyday Canadians access to the information they want and need to invest more strategically when making donations. They’ll understand the need a charity is trying to address, its approach to creating systemic change, and results to date.

Charitable giving is big business. For many people, especially those with busy lives, giving money to charitable or non-profit organizations may be less demanding and less time-consuming than volunteering their time. Giving money to a cause or to an organization may also be the preferred option when volunteering represents a challenge, such as with older seniors whose health condition may be more fragile.

We know the donor rate is typically substantially higher than the volunteer rate. Indeed in 2013, the vast majority of Canadians (82 per cent) made financial donations to a charitable or non-profit organization. According to Statistics Canada, the total amount donated by Canadians to charitable or non-profit organizations between 2010 and 2013 increased by 14 per cent to $12.8 billion.

Given the dollars involved, we owe it to ourselves to make informed charitable decisions.

“When evaluating charities it’s becoming clear that focusing on admin ratios alone is largely inadequate, and that the better way to evaluate charities is based upon their impact,” explains Marina Glogovac, President and CEO of CanadaHelps. “While we are in the very early days of this shift and organizations must invest and build capacity in this area, becoming impact-oriented has massive benefits for all charities in terms of becoming more accountable and inspiring further generosity from all Canadians.”

Here’s a look at CanadaHelps’ recent survey of 5,500 Canadians who donated through their platform: