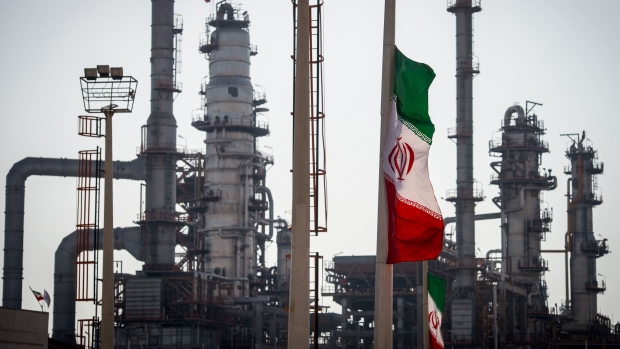 (Bloomberg) -- Afghan local officials have asked Iranian traders to increase supplies of fuel as they grapple with a spike in gasoline prices triggered by the Taliban’s seizure of power.

Hamid Hosseini, spokesman for the Iranian Oil, Gas and Petrochemical Products Exporters Union, said some members had reported contacts with Afghanistan’s “new provincial governors,” who requested deliveries of critical oil products such as diesel and gasoline.

The fundamentalist movement took power just over a week ago after capturing swaths of Afghan territory as U.S. forces withdrew from the country. Their rule threatens to worsen Afghanistan’s already fragile economy, while many families have been displaced and thousands desperately seek to flee the country.

With no domestic refining capacity, Afghanistan’s dependent on neighbors like Iran for supplies of fuel. Last year, it imported 274,000 tons of Iranian gasoil and 80,000 tons of gasoline, Hosseini said. Turkmenistan, Iran and the U.S. were the top three fuel providers in 2019, according to the World Bank.

On Saturday, Iranian customs officials said all of the country’s borders with Afghanistan had reopened and that goods were transiting safely, the state-run Islamic Republic News Agency reported.

According to a list of Taliban customs duties sent to Hosseini, titled “Islamic Emirate of Afghanistan, Economic and Financial Commission, Department of Customs” and shown to Bloomberg, the Taliban appears to have lowered tariffs by as much as 70% for imports of diesel, petrol and gasoil.

“The problem we’ve had in Afghanistan is corruption and taking costs from traders,” Hosseini said. “The Taliban could help here and they can make sure that Afghan customers then get goods at a lower price.”

Chaos surrounding the Taliban takeover destabilized supply and led to a jump in fuel prices, he said.