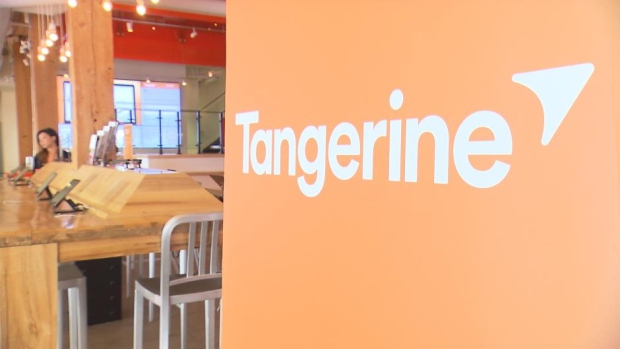 TORONTO - Tangerine is set to become the official and exclusive bank of the Toronto Raptors in July in the latest sports-related marketing play by parent company Scotiabank.

The partnership announced today comes after Scotiabank announced a 20-year deal with Maple Leaf Sports and Entertainment, which includes renaming the Raptors' home stadium from the Air Canada Centre to Scotiabank Arena in July.

Scotiabank has been investing heavily in sports-related marking and is already the official banking partner of the Leafs.

It also has its stamp on Scotiabank Wednesday Night Hockey and Scotiabank Hockey Day in Canada. Other sports-facilities with the bank's name include the Scotiabank Saddledome in Calgary and the Scotiabank Centre in Halifax.

Tangerine, which was acquired by Scotiabank in 2012 when it was called ING Direct, has over two million clients.