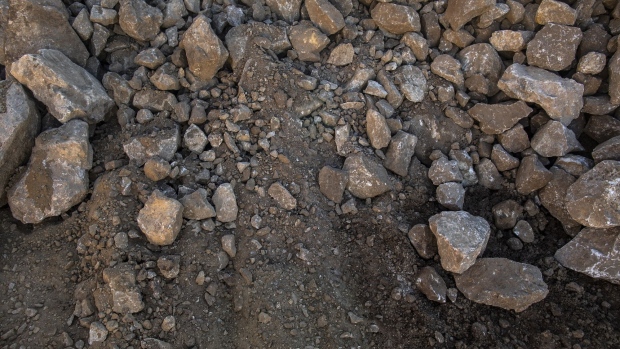 Raw ore at an open-pit mine in California. Photographer: Bloomberg Creative Photos/Bloomberg , Bloomberg

(Bloomberg) -- Tanzania is in the final stages of approving a permit for the country’s first rare earths mine to Australian company Peak Resources Ltd. as the government seeks a bigger share of revenue from natural resources.

The state is also finalizing a gold-mining license for another Australian company, OreCorp Ltd. at the Nyanzaga project in the northwest of the country, according to Mining Minister Doto Biteko.

The East African nation is Africa’s fourth-biggest producer of the precious metal and plans to increase mineral earnings by at least a third during the next three years. It also has vast deposits of coal, rare-earth metals, iron ore and gemstones.

“The government is in the final stages of awarding a special mining license to PR NG Minerals for it’s Ngualla Rare Earth Project,” Biteko said in an emailed response to questions. The company is a subsidiary of Australia-listed Peak Resources.

Gold mining, now Tanzania’s leading foreign-exchange earner, is recovering following a slump after a crackdown on smuggling and a drawn-out dispute between the government and a unit of Barrick Gold Corp. froze exports.

The government intends to increase mining revenue to 701.1 billion shillings in 2023-24, from a projected 526.7 billion shillings in the current fiscal period. Tanzania will “increase revenues from the mining sector by 33%” by boosting production and exports, curbing smuggling and ensuring closer supervision of the industry, Biteko said.

Last month the government received its first cash dividend of $40 million from a 16% stake in a joint venture with Barrick. Tanzania plans to use the Barrick partnership as a model when negotiating joint-ownership deals with all major mining companies, including with AngloGold Ashanti Ltd., in line with mining laws passed in 2017, he said.