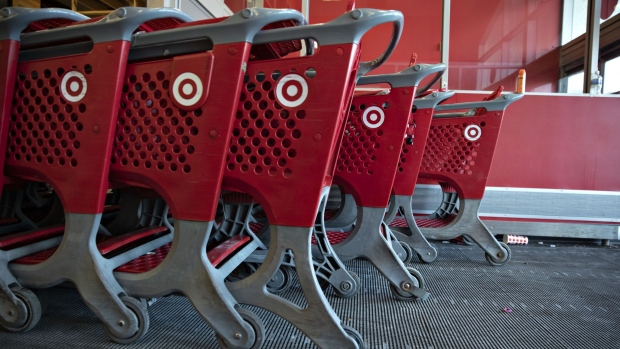 Target Corp. tumbled after slashing its quarterly sales outlook following a holiday season that missed its own expectations, delivering a warning sign for the entire retail sector that tougher times lie ahead.

Comparable sales rose just 1.4 per cent in the November-December period, far less than last year’s 5.7 per cent growth. The cheap-chic retailer said the sluggish growth was most pronounced in toys and electronics, which account for a higher portion of the company’s business during the holidays and suffered from a lack of must-have items. Slower digital sales growth and a calendar shift with fewer days between Thanksgiving and Christmas also contributed to the softness.

“Some consumers decided to preserve their budgets for holiday things rather than splash out on big-ticket bargains,” Neil Saunders, managing director at GlobalData Retail, said in a note. “Moreover, the technology lineup in electronics was far from inspiring this season -- something that is largely out of Target’s control -- but which nonetheless affected sales.”

The shares plunged as much as 6.8 per cent in New York Wednesday, the biggest intraday decline since April. 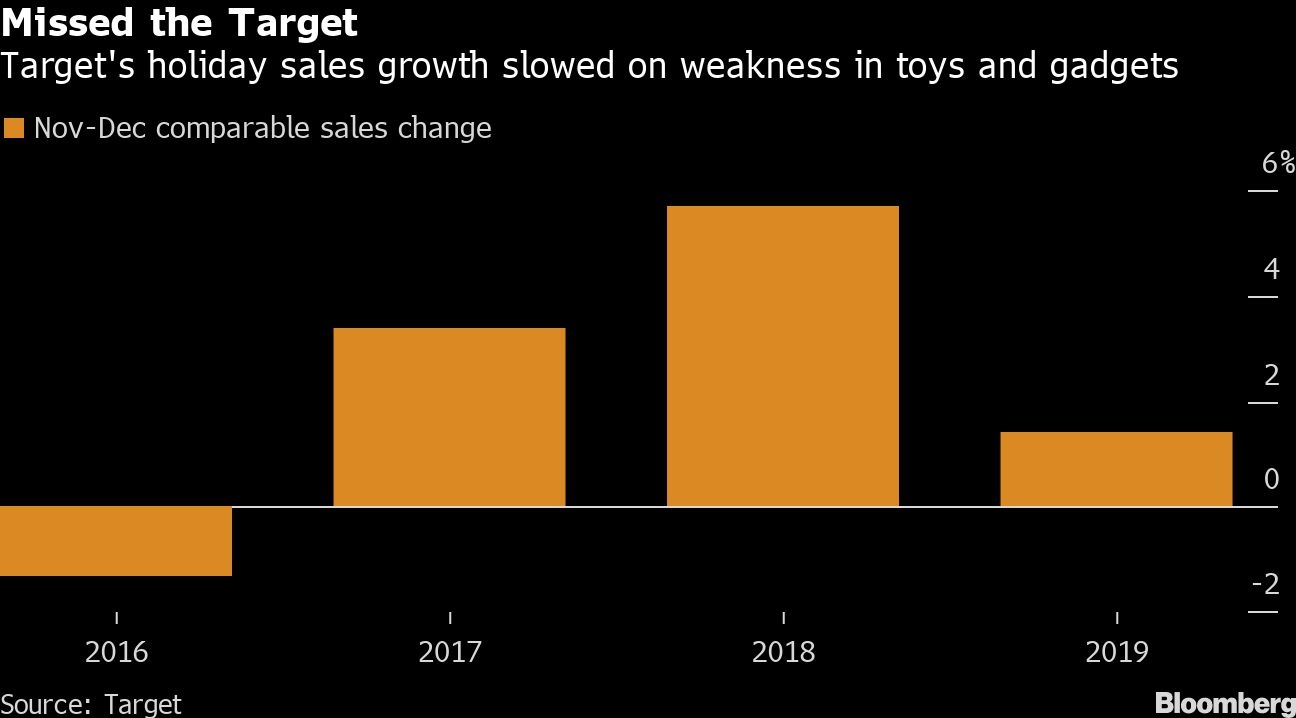 The lackluster report comes on the heels of similarly weak results from department stores like J.C. Penney Co. and Kohl’s Corp., but Target’s falloff is more worrying as it had been one of the industry’s top performers for the past two years. In 2019 its shares almost doubled as it consistently blew past analysts’ estimates and boosted its full-year guidance twice. The holiday miss also raises doubts about two other bellwethers, Walmart Inc. and Best Buy Co., which report holiday results next month.

The period was a “tough miss,” according to Target Chief Executive Officer Brian Cornell. “While we knew this season was going be challenging, it was even more challenging than we expected.”

Target made a big bet on toys over the holidays by opening more than two dozen mini-Disney stores inside some of its locations and fulfilling sales made on the relaunched Toys “R” Us website. It didn’t pay off. Comparable toy sales were flat, breaking a streak of positive sales that lasted about five years. Electronics sales were down more than six per cent, it said, as a lack of new and inspiring gadgets depressed consumer demand, while home decor sales also declined.

“There was notable weakness in electronics and parts of home,” Cornell said in a blog post accompanying the results. “After two strong holiday seasons in toys, our growth was essentially flat.”

Saunders tweeted that Target “missed the mark” by not starting some holiday promotions early enough, leaving opportunities for rivals. Target’s store traffic over the November-December period declined about one per cent compared with the previous year, according to data tracker Placer.ai.

The broader trend could also hurt Walmart, the nation’s biggest retailer, whose holiday sales “appeared slightly softer” than expectations, analysts at Cleveland Research said last week. Walmart shares fell as much as 1.4 per cent Wednesday, while those of electronics retailer Best Buy declined 3.5 per cent.

“Walmart is at risk,” Brian Yarbrough, an analyst at Edward Jones & Co., said by phone. “I would not be surprised if Walmart came in a little light.”

Target now sees fourth-quarter comparable sales in line with its holiday result of 1.4% growth. That trails the 3.8 per cent average projection of analysts compiled by Consensus Metrix. On the bright side, the company did maintain its profit forecast for the quarter, and said margins should benefit from the sales of more profitable items like apparel, where Target has taken market share from rivals. Clothing sales rose about five per cent over the holidays, it said, but that was still a deceleration from the third quarter, when sales rose more than 10%.

“Target may need to shift strategy to recapture momentum in fiscal 2020, in our view, against a competitive landscape and increasingly difficult same-store comparisons vs. a year ago. Longer-term sustainable growth may be more difficult to achieve amid a challenging retail landscape.”

Web sales rose 19 per cent, slower than the online unit’s performance last year and the first time growth has been below 20 per cent in some time. The company has invested heavily in improving its logistics, rolling out a variety of ways that customers can receive e-commerce orders, from curbside pickup to same-day home delivery. The digital downturn was “a big miss,” Yarbrough said, and a big reason why the overall sales growth fell short.

Target also named Mark Schindele as its chief stores officer, replacing Janna Potts, who is retiring. A 20-year veteran of the company, Schindele most recently served as senior vice president of properties, where he led Target’s remodel and small-format projects.

Potts’s departure follows that of chief merchandising officer Mark Tritton last fall, leading some analysts to wonder if the talent exodus -- combined with the holiday disappointment -- could disrupt Target’s momentum.