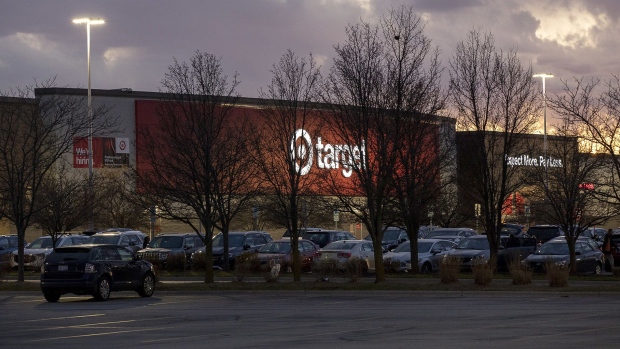 (Bloomberg) -- Target Corp. suffered a slight decline in its share of Black workers over the past year, complicating its goal to boost minority representation.

The proportion of Target employees who identify as Black or African-American declined by 0.7 percentage points between 2019 and 2020, a spokeswoman said by phone. The decline wasn’t large enough to register in the company’s new diversity report, which showed Black employees making up 15% of Target’s 350,000-person workforce, the same amount as in 2019. The share of Black managers or senior leaders also was unchanged, while the percentage of Black officers -- vice presidents and above -- increased to 9% from 5%.

The mixed results show that even Target, which ramped up its diversity efforts after George Floyd was murdered not far from its Minneapolis headquarters, is having difficulty in this arena. In September, the retailer pledged to boost Black worker representation by 20% by 2023, and also said it would invest $2 billion with Black-owned firms by the end of 2025. Products from dozens of Black-owned companies now populate its aisles and website -- though the company hasn’t signed the 15 Percent Pledge on shelf-space apportionment -- and the retailer also wants to promote more women and reduce employee attrition among people of color.

“It is a long road,” Kiera Fernandez, Target’s chief diversity and inclusion officer, said in a call with reporters Tuesday. “That’s why we set this three-year time frame. We’re not wavering in our commitments at all.”

Target’s progress was largely in Black salaried workers, rather than the hourly employees that make up the bulk of its workforce, stocking shelves and helping customers. The share of Black sales workers, for example, declined to 15% from 16%, and Black service staff saw a similar decline. At rival Walmart Inc., Black and African-American workers make up 21% of its overall U.S. workforce, though the figure is 8% at the officer level.

Fernandez also said the company hasn’t been hurt by the nationwide labor shortage and was seeing a “strong” flow of job applicants, who are attracted by the company’s $15 starting hourly wage and benefits.

To improve Black representation across its ranks, the retailer has said it will develop programs to hire and retain employees in areas where Black people are not well represented -- such as technology, merchandising and marketing -- and bulk up the network of mentors and sponsors for Black associates.

Target’s progress and shortcomings will be on display Wednesday at its first-ever forum on diversity, equity and inclusion, which will feature talks from senior leaders including Chief Executive Officer Brian Cornell and outside experts. The company’s multipronged strategy to advance Black representation in its workforce, among external vendors and among the products it sells, while also boosting it support for minority communities in Minneapolis and beyond, will be a focus of the meeting.