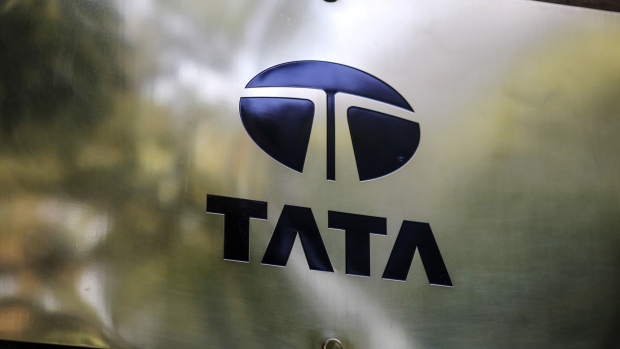 Signage for Tata Consultancy Services Ltd. is displayed outside the company's headquarters in Mumbai, India, on Saturday, Nov. 5, 2016. Cyrus Mistry, the ousted chairman of India's biggest conglomerate, was replaced as Tata Sons chairman by his 78-year-old predecessor Ratan Tata at a board meeting on Oct. 24. Tata Sons said the conglomerate's board and Trustees of the Tata Trusts were concerned about a growing “trust deficit” with Mistry, which prompted the company to remove him. , Bloomberg

(Bloomberg) -- Tata Consultancy Services Ltd. posted a lower-than-expected 24 percent rise in quarterly profit that missed analyst estimates as it contended with a slowdown in IT spending.

Asia’s largest software outsourcing provider reported net income of 81.1 billion rupees ($1.2 billion) in the three months ended December, compared with the 81.9 billion-rupee average of estimates. Sales came to 373.4 billion rupees. A weaker Indian currency, among Asia’s worst performers last year, was expected to have boosted the bottom line of companies such as TCS.

TCS managed to lift earnings growth above 20 percent in the previous two quarters as well despite a challenging business environment. Like closest rival Infosys Ltd., it’s wrestling with clients’ changing technology needs and a shift toward automation. Other headwinds include curbs on the H-1B visas used to get Indian software workers into the key U.S. market, the increased cost of localization, employee training expenses and Britain’s exit from the European Union.

Worldwide IT spending growth is expected to slip to 3.2 percent overall this year from an estimated 4.5 percent in 2018, according to Gartner. Uncertainty around Brexit and the economy may affect clients’ 2019 IT budgets, Anurag Rana, a senior technology analyst with Bloomberg Intelligence, said in a report this month. “Europe is the main area expected to see a slowdown,” Rana said.

TCS is the first of India’s IT services giants to report quarterly earnings. Closest rival Infosys follows on Friday and Wipro Ltd. next week. TCS Chief Executive Officer Rajesh Gopinathan has argued that IT outsourcers should think creatively to evolve from the low-cost infrastructure maintenance and technology support services of the past. Last year, the company became the first Indian corporation to surpass $100 billion in valuation in over a decade, and Gopinathan vowed to get back to double-digit growth.

Shares of Tata Consultancy were little changed in Mumbai trading on Thursday before the earnings were announced, compared with a 0.3 percent fall in the benchmark S&P BSE Sensex.

--With assistance from Bhuma Shrivastava.

To contact the reporter on this story: Saritha Rai in Bangalore at srai33@bloomberg.net

To contact the editors responsible for this story: Robert Fenner at rfenner@bloomberg.net, Edwin Chan, Candice Zachariahs