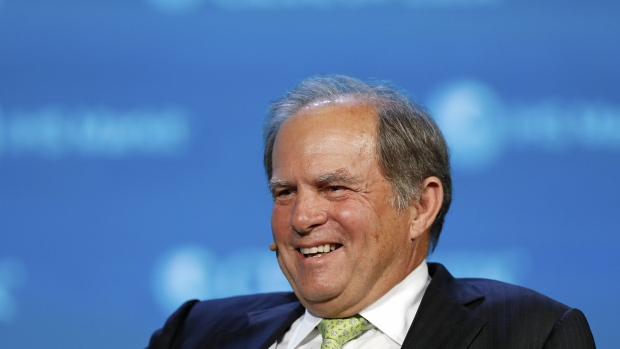 (Bloomberg) -- The proposed new minimum tax on corporations and fees for methane emissions, both of which are in a sweeping bill passed by the US Senate this week, could make life impossible for many small US oil and gas producers, according to one of the country’s biggest independent producers.

The ultimate impact of Democrats’ landmark climate bill on the roughly 15,000 small oil and natural gas explorers in the US could be fewer wells being drilled in the future, Scott Sheffield, chief executive officer at Pioneer Natural Resources Co., said Tuesday in a Bloomberg TV interview.

“There’ll be more pressure on that small mom-and-pop independent,” Sheffield said. “It may put a lot of them out of business.”

While some energy industry groups have protested at the Biden administration’s tax, health and climate bill, some of the largest US oil and gas companies have been supportive, particularly on the steps to mitigate methane, a powerful greenhouse gas.

Pioneer along with Devon Energy Corp. and ConocoPhillips last month announced its commitment to reduce methane emissions by joining the Oil and Gas Methane Partnership 2.0 Initiative. Pioneer expects to not pay a tax on emissions as a result of its plan to ban routine flaring by 2025, Sheffield said.