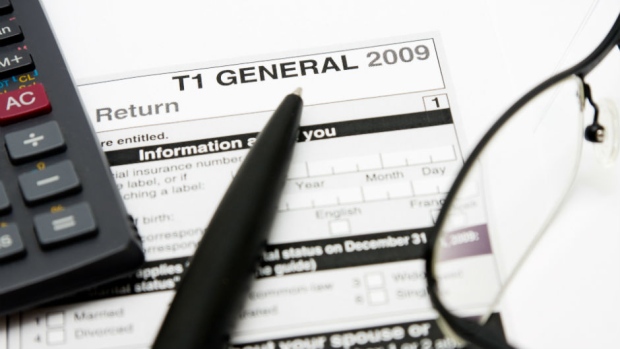 MONTREAL -- Canadians will ring in the new year with a number of tax changes that will affect the bottom line of federal and provincial governments. Here's a look at some of them:

The federal government is ending four child tax credits this year: arts, fitness, education and textbooks in 2017. Parents of children under the age of 16 can pre-pay 2017 arts and fitness programs to claim them on 2016 tax returns as long as total spending for 2016 does not exceed $250 and $500 limits, respectively.

It is also cancelling income splitting for families, a tax reduction measure that allowed someone to transfer up to $50,000 of income to a spouse with lower income if they had a child under 18 years of age. The tax credit for income splitting was capped at $2,000.

Offsetting those changes are the Canada Child Benefit and changes to Employment Insurance benefits introduced in 2016.

"High income earners in most provinces will pay more but for the majority of Canadians, these two changes will mean more money in their pockets," Canadian Taxpayers Federation federal director Aaron Wudrick said Wednesday in a news release.

Several other changes at the federal level will affect life insurance, business owners selling their companies and some mutual funds.

Under changes enacted by the previous government, the tax treatment of universal life insurance policies will be less favourable starting Jan. 1. New policy holders will see a decrease in their ability to build up investment gains above death benefit premiums on a tax-free basis.

Business owners, large and small, will gain less from the sale of their operations as assets such as goodwill and trademarks will become fully taxable as investment income. Currently, half of the proceeds can be distributed tax-free as a dividend.

Investors will also no longer be able to rebalance their non-registered mutual fund investments in corporations structured as "switch funds" on a tax-deferred basis. As of the new year, capital gains from such moves will be taxed in the same way as equities.

Cash-strapped Newfoundland and Labrador is the only province hiking its income tax rates next year, the second time it's doing so in six months. Rates in all tax brackets will rise, with those earning between about $35,000 and $70,300 paying 14.5 per cent, up one percentage point from July and two points from 2015. The province is also raising entry fees into provincial parks and campsites.

Ontarians will get an eight-per-cent rebate on rising hydro bills and see the maximum total cost of borrowing for a payday loan lowered to $18 per $100 borrowed from $21 per $100.

The province is also doubling the first-time homebuyers' maximum land transfer tax refund to $4,000 and is introducing its carbon cap and trade system.

Alberta is reducing its small business corporate income tax rate from three per cent to two per cent. It is also introducing a carbon tax on the purchase of fossil fuels, offset with a rebate for low- and middle-income earners.

The federal government and provinces have already mostly implemented tax changes announced in their 2016 budgets.

"There are a few changes that are unique for 2017 but the average Canadian is not going to see much difference between 2016 and 2017," said Jamie Golombek, managing director of tax and estate planning for CIBC Wealth Advisory Services.

Jason Safar, of PricewaterhouseCoopers, said more changes are possible in 2017. He said the federal government could eliminate more tax credits and could feel pressure from possible personal and corporate tax cuts in the United States.

"I do find it interesting to consider that given (Donald) Trump's election in the U.S. and the promise of lower tax rates in the U.S., what is going to happen with Canadian tax rates?" Safar said.

Finally, various tax amounts -- including maximum RRSP contributions, tax brackets and maximum amounts of various credits -- will increase in 2017 to reflect inflation but the tax-free savings account limit remains at $5,500.