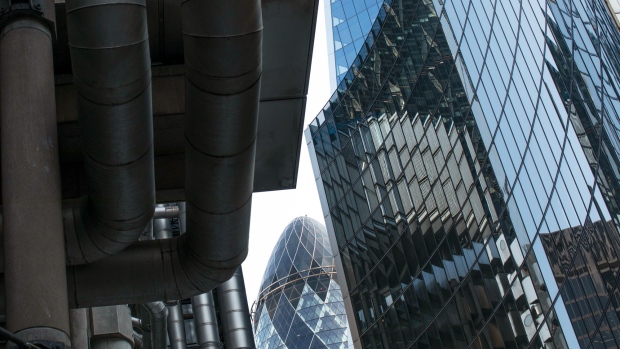 The new UK government says it’s eager to dismantle swathes of the rules placed on bankers in the aftermath of the global financial crisis. It wants to supercharge the City of London’s growth, arguing it will boost the whole country’s post-Brexit prospects.

Kwasi Kwarteng, the new chancellor of the exchequer, has indicated a desire to be bold, telling City of London bosses in one of his first events after taking office that he wanted to create a Big Bang 2, referring to the deregulation of the 1980s. He will give more details on Friday in what’s being described as a mini-budget.

That event will give more details about how the government will pay for its pledge to cap energy prices for households and businesses, but its focus is set to be the government’s ambitious plans for growth.

The chancellor is expected to unveil a string of measures to achieve that aim and may also launch several reviews to reset wide areas of policy, including the UK’s tax regime. More is also expected on plans to scrap unnecessary European Union rules so that the UK can forge its own systems.

Here are some of the finance-focused policies that could be on the list, according to multiple City of London sources.

The strongest lobbying among banks is for tax cuts. There are three elements ministers must weigh: corporation tax, the surcharge on profits and the levy on balance sheets.

Kwarteng is set to stick to Truss’s election pledge to do away with a planned increase in corporation tax from 19% to 25% from April 2023. He may also retain plans to cut the surcharge on banks’ profits from 8% to 3%. He could go further, by tapering the surcharge to zero.

He could also do away with the levy on banks’ balance sheets - a measure the industry has been pushing for years. Both the levy and the surcharge were introduced after the financial crisis and banks see them as unfair hangovers from that time. They also argue that unless the government moves on the levy, the UK will end up with a more onerous regime than the European Union, whose own bank levy used to finance its Single Resolution Fund lifts from 2024.

Making a final call on these taxes could take time, so Kwarteng could announce a review into taxes on UK financial services firms compared to their international peers, examining whether Britain is at a competitive disadvantage.

Kwarteng may refer to the government’s plans to scrap unnecessary EU rules by making changes to the financial services and markets bill going through Parliament, which is due to form the UK’s post-Brexit framework for financial services. A power to intervene in regulatory decisions is due to be added, along with a strengthening of the requirement for regulators to consider competitiveness.

Measures to make capital markets more flexible and attractive are also expected to be introduced, in a bid to get ahead of rival European centers such as Amsterdam, Paris and Frankfurt. Experts are working on these plans, and Kwarteng may give a time frame for when they will be ready.

There could also be a rolling back of penalties on bankers who make mistakes, or a pruning of the new Consumer Duty placed on firms to look after the best interests of customers.

As part of the shift in emphasis to consider energy security alongside climate transition, there could be less pressure exerted on financial firms over clients they lend to.

A key feature to achieving the government’s growth plan is greater investment. A likely element in Friday’s announcement is a plan to roll back some of the EU’s Solvency II regime for insurers. The reforms could free up tens of billions of pounds that insurers have said they would be keen to pump into infrastructure and other leveling up investment.

Introduced in 2014 across the EU, the cap limits bonuses to a maximum of two times salary. Banks have found work-arounds such as allowances and increased fixed pay, but some want the cap to be lifted to make compensation more flexible. They also argue that scrapping the bonus cap would mean more highly-paid jobs are retained or created in London rather than in rival European centers such as Paris and Frankfurt.

Kwarteng could offer measures to boost the competitiveness of small and medium-sized banks compared to their large rivals. This could include widening the “strong and simple” regime which is due to be introduced for small lenders to include bigger peers. The framework will have lighter regulatory rules and is intended to help small banks grow more quickly.

There could also be a plan to look at the capital regime more widely. One area could be whether medium-sized banks in particular are overly-burdened by rules requiring them to issue expensive debt-absorbing capital known as Minimum Required Eligible Liabilities. Raising the MREL level is the biggest ask of medium-sized banks - which say the UK trigger point is far lower than in the EU and the US - but one where the Treasury would run into conflict with regulators.