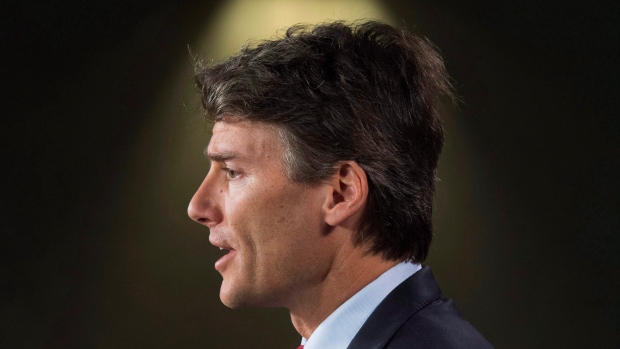 The B.C. government waited too long to crack down on soaring home prices in Vancouver, and middle-class families can now no longer afford a detached house in the city, Vancouver Mayor Gregor Robertson says.

The federal and provincial governments ignored the problem, which also affects the Toronto market, until Canada’s banks began to voice concern this year, he said in an interview with The Globe and Mail’s editorial board on Thursday.

“Middle-class Canadians being able to buy a house in Vancouver and Toronto, those days have probably passed because the interventions didn’t come,” he said.

Mr. Robertson was among those who had been telling federal and provincial policy-makers for years to do something to curb skyrocketing prices in Vancouver, now considered to be among the world’s most overvalued housing markets.

The issue finally reached a “breaking point” this year after the country’s banks also began to warn of the risks from soaring home prices, he said. “The dire warnings of the banks and financial institutions about the precipice that Vancouver or Toronto stand on with real estate and foreign investment have triggered waves of concern through the political ranks.”

While a crackdown on foreign buyers was not among the measures to cool the market that the Vancouver mayor had urged the B.C. government to consider, the province’s surprise introduction of a 15-per-cent tax on home purchases by foreign buyers in Metro Vancouver last month was long overdue, he said.

Home sales plunged 26 per cent in August from the same month last year, although prices remained steady. “The jury is still out on whether it will have the desired effect,” Mr. Robertson said. “Whether it was going too far is the big question. But we needed something to cool the market.”

He urged Ottawa to move quickly on other measures to ease Vancouver’s affordability crunch, such as providing support to build more rental housing, collecting more data on foreign investment in Canada’s real estate market and cracking down on speculators who avoid paying capital gains taxes on investment properties.

Mr. Robertson was in Toronto to attend a meeting of big city mayors to discuss solutions to the affordable housing crisis plaguing Canadian cities. He said he had “brief discussions” with Toronto Mayor John Tory over whether Ontario should follow B.C.’s move and tax foreign home buyers.

When it comes to home prices “Toronto has a little more breathing space, which is helpful,” he said. “But it also has some unique challenges. What works in Vancouver won’t necessarily work in Toronto.”

Mr. Tory, speaking at City Hall after meeting Mr. Robertson, said he will ask the provincial government to use data from the land-transfer tax to start keeping statistics on how many foreign buyers are snapping up single-family homes, as B.C. now does.

Ontario does not have this data, he said, and as a result, Toronto does not have a clear picture of the forces potentially driving up the city’s housing market.

“That information is not, to our knowledge, collected in Ontario,” Mr. Tory said. “And without it, we really can’t have an informed response as to whether measures, for example, similar to Vancouver’s as they regard single-family homes [are appropriate]. We don’t know.”

He said it is still too early to say whether a B.C.-style foreign-buyers’ tax would work in Toronto, but that he is watching the impact of that policy.

Both mayors are also looking at policies in cities, such as San Francisco and Hong Kong, that are similarly dealing with rising home prices and a suspected influx of foreign investment, Mr. Robertson said.

London Mayor Sadiq Khan has said he will investigate how foreign investment is driving up his city’s real estate prices, a move Mr. Robertson is monitoring. “There’s a group of cities globally that are struggling with this challenge, and we’re all watching each other,” he said.

Vancouver is also exploring its own tools to address its housing issues. The city plans to begin taxing vacant homes next year as a way to help boost the supply of rental housing. Mr. Robertson has also proposed to offer $250-million worth of city-owned land for affordable housing if Ottawa helps pay for construction.

Those measures, along with support from Ottawa and the province, are crucial, he said. Vancouver is “right on that edge” of becoming a city like London, San Francisco or Hong Kong – too expensive for middle- and working-class people to live in.

“We’ve got to have other ways for Canadians to participate in the real estate market,” he said. “Young Canadians are being left behind right now. That’s a much bigger problem that we’re only beginning to grapple with.”

With a report from Jeff Gray