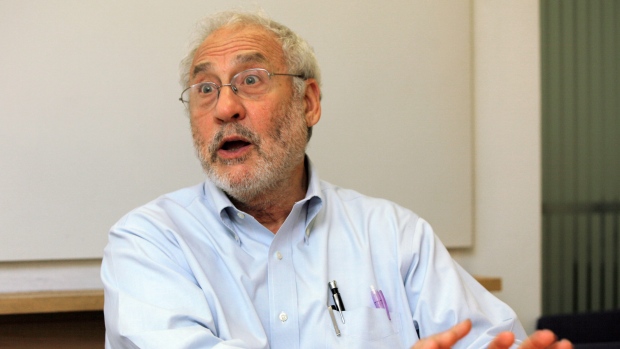 “It is not good to have the centre of cities empty, and forcing ordinary citizens to move way out into the suburbs,” Stiglitz said. “It’s bad for the environment – it increases transportation costs and pollution. It’s bad for the way cities work.  We should encourage more integrated, economically-integrated cities.”

In an interview with The Tyee last year, Stiglitz called the housing inequality emerging in Vancouver “very disturbing” and compared it to New York’s “unaffordable” real estate market.

British Columbia in July cleared the way for Vancouver to impose a vacancy tax on empty homes in a bid to address soaring rents and growing concerns about foreign speculation.

“If we look around the world, historically bubbles are a very common feature of real estate markets. When they break they have macroeconomic consequences with disastrous effects,” he said.

“That’s why I think that taxes that help dampen those bubbles are actually a good thing.”