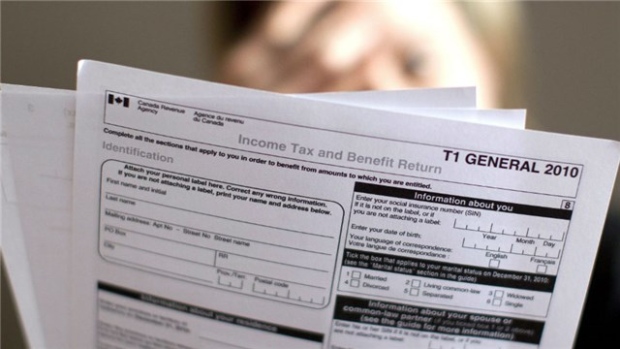 The average Canadian family spent 42.5 per cent of their income on taxes last year, more than they spent on housing and other expenses combined, according to a new report from the Fraser Institute.

"The total tax bill - at 43 per cent of the average family’s income - is significant. It’s double the amount that we’re paying on housing costs each year. It’s more than what we pay altogether in housing, food and clothing all combined," the report's author and director of fiscal studies at the Fraser Institute, Charles Lammam told BNN in an interview on Thursday.

To break it down further, Canadians spent twice as much of their income on taxes (42.5 per cent) than on housing (22.1 per cent), the Fraser Institute said. 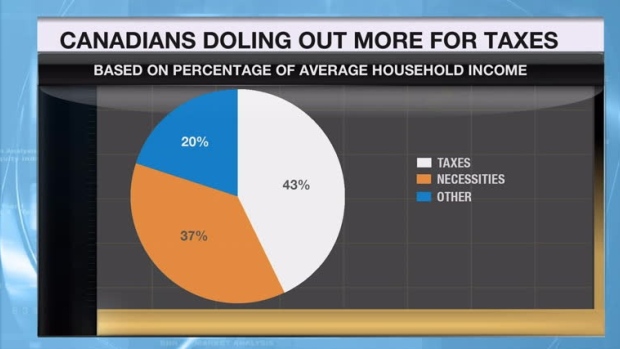 “The question, though, is our taxes are going to some important government services, but are we pleased and happy with what we’re getting back in return? And that’s really where I think the debate needs to be,” Lammam said.

Comparatively, Canadian families spent 33.5 per cent on taxes in 1961, according to the study. This amounts to a nearly 158 per cent increase in tax bills from 1961 to 2016, when accounting for inflation. Most Canadians’ income instead went to food, clothing and housing (56.5 per cent) at that time.

“There’s been a clear and marked shift over [the last] five decades or so. And we are paying significantly more in taxes,” Lammam said.

“What I think we need to understand is how it’s going to affect the total tax burden. In the context of our report today, it will increase it. Make no mistake about that,” he said.

“Because while it’s a good thing to get rid of special privileges and loopholes in the tax system, the federal government is going about it the wrong way. Rather than closing those loopholes and using the revenues that they get as a result of doing so to cut other tax rates, the government is using that for their revenues.” 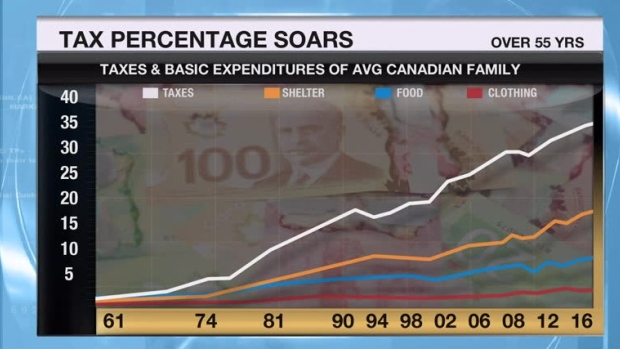