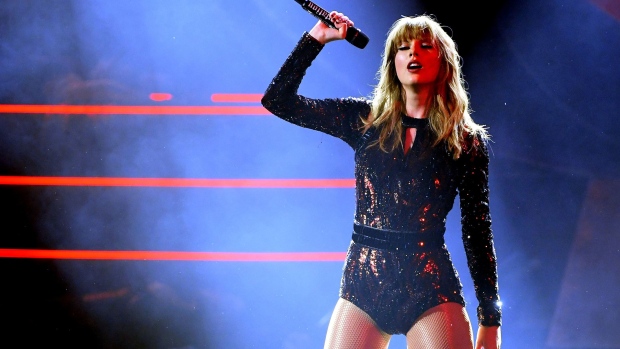 (Bloomberg) -- Taylor Swift dropped a rerecording of her 2014 hit single “Wildest Dreams” on Friday, part of an effort to gain control of her older work amid a feud with music manager Scooter Braun.

Swift has been rerecording old albums to keep Braun and others from profiting from their ownership of her catalog. Braun, known as the manager for artists such as Justin Bieber and Ariana Grande, acquired her work in 2019 when he bought the country label Big Machine. Last November, he sold her first six albums to an investment firm for $300 million. “Wildest Dreams” is a track on  “1989,” her fifth studio album.

The artist said social-media buzz contributed to her decision to release the rerecording. Users on ByteDance Inc.’s TikTok platform have been promoting the song. Swift, 31, joined the video-sharing platform last month.

“Saw you guys got ‘Wildest Dreams’ trending on TikTok, thought you should have my version,” Swift said on Twitter.