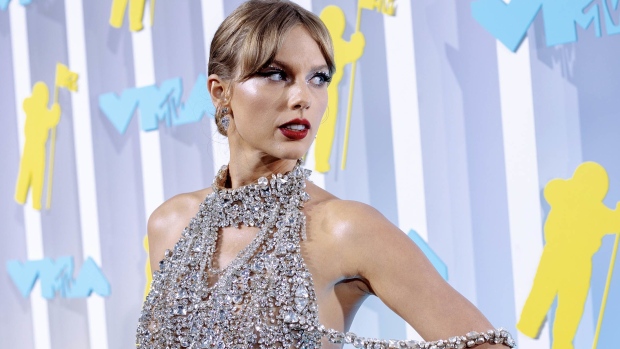 (Bloomberg) -- Taylor Swift has made her first public comments on the bungled pre-sale for her upcoming “Eras Tour” concerts, saying it was “excruciating” to “watch mistakes happen with no recourse.”

In a statement posted to an Instagram story, the musician made no explicit mention of Ticketmaster Entertainment Inc., which canceled Friday’s planned general public ticket sale after overwhelming demand at the pre-sale stage aimed at Swift’s ‘verified fans’ left it with “insufficient remaining ticket inventory.”

“I’m not going to make excuses for anyone because we asked them, multiple times, if they could handle this kind of demand and we were assured they could,” Swift wrote, saying that she had brought “many elements” of her career to run in-house over the years and it remains “really difficult” for her to “trust an outside entity.”

Earlier this week, many of Swift’s fans took to social media to complain about long wait times to purchase concert tickets and Ticketmaster website outages. The company blamed bot attacks and uninvited fans for driving “unprecedented traffic” to its web traffic.

Beyond fan ire, lawmakers and state attorneys general said this week that they would heighten scrutiny over Ticketmaster’s dominance of the primary ticketing sales. On Friday, the New York Times reported that the US Department of Justice has opened an antitrust probe into the company, citing people familiar with the matter.

“It’s truly amazing that 2.4 million people got tickets, but it really pisses me off that a lot of them feel like they went through several bear attacks to get them,” Swift said.

The singer-songwriter said she is “trying to figure out how this situation can be improved going forward” but stopped short of saying if fans can still buy tickets to this tour in the future.