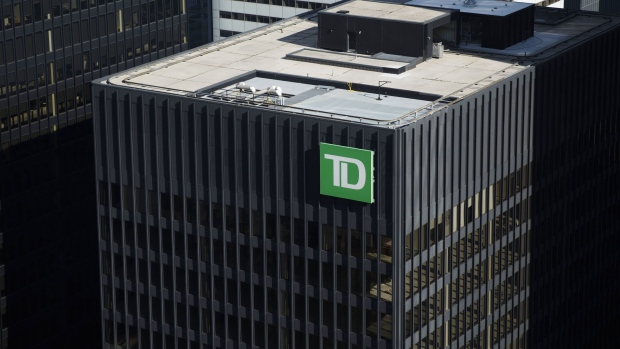 Toronto-Dominion Bank denied knowing about illegal activity in the accounts of convicted fraudster Allen Stanford and said it shouldn’t be held liable for a US$4.5 billion negligence claim made by trustees trying to recover losses for Stanford investors.

At a civil trial in Toronto, defense lawyers on Tuesday said bank employees were as shocked as anyone when regulators discovered Stanford’s US$7 billion fraud. Toronto-Dominion said it acted as an intermediary for some Stanford International Bank transactions and wasn’t involved with his customers or marketing the certificate of deposits that were at the heart of his scheme.

“The suggestion that a bank owes a duty to its customer to prevent the customer from being defrauded by its owner or principal is not a duty that has ever been recognized in Canadian law,” Geoff Hall, a Toronto-Dominion lawyer, said Tuesday before Justice Barbara Conway.

Toronto-Dominion provided correspondent banking services -- such as clearing payments -- for Antigua-based Stanford International Bank. Stanford, who also ran a Houston-based securities firm, was convicted in 2012 and sentenced to 110 years in prison. He sold bogus certificates of deposit to fund a lavish lifestyle and dozens of enterprises that ranged from Caribbean airlines and real estate developments to cricket tournaments.

Grant Thornton, acting as joint liquidators of Stanford’s bank, filed the lawsuit against Toronto-Dominion seeking to recover US$4.5 billion in losses. The liquidators argued on Monday, at the start of the trial, that Toronto-Dominion was negligent in operating the correspondent account and should have acted to help stop the fraud before regulatory agencies intervened.

“TD Bank failed to act as a reasonable bank would have acted when confronted with the same suspicious circumstances,” the liquidators argued in a filing. “At all times, it had sufficient information such that it knew or ought to have known of, or was recklessly or willfully blind to, the SIB looting.”

While Stanford was convicted almost nine years ago, battles to recoup losses related to his scheme continue. Societe Generale SA was reprimanded by a Swiss court in November and ordered to give up US$150 million for failing to conduct proper due diligence before accepting Stanford deposits.

Millionaire telecom investor Gary D. Magness, one of the biggest U.S. investors in Stanford’s ponzi scheme, was ordered by a U.S. appeals court in October to forfeit about US$79 million he managed to recover weeks before the fraud imploded in early 2009.