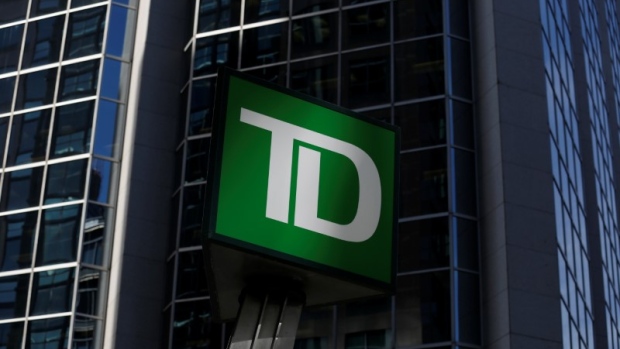 TORONTO  - Toronto-Dominion Bank (TD.TO) on Thursday reported second-quarter results which were ahead of market expectations helped by a strong performance at its retail and investment banking businesses.

Canada's second-biggest bank said earnings per share, excluding one-off items, rose to $1.34 in the quarter to April 30, from $1.20 in the same period the previous year. Analysts had on average forecast earnings of $1.24, according to Thomson Reuters I/B/E/S data.

“I think this is happy bank day,” said Richardson GMP Chief Investment Officer Craig Basinger, in an interview with BNN moments after TD released its results.

The bank’s 18 per cent profit growth in U.S. retail banking stood in stark contrast with the surprise drop in U.S. banking profit reported by BMO on Wednesday.

“The U.S. execution side was a little bit of a concern except for the business mix between [TD] and BMO is actually fairly different. So I’m not too surprised that one zigged and the other zagged.”

The bank also said that it had largely completed a review of its sales practices that it initiated after CBC News reported in March that TD branch staffers had said they moved customers to higher fee accounts and raised their overdraft and credit card limits without their knowledge.

"We continue to believe that we do not have a widespread problem with people acting unethically in order to achieve sales goals," Chief Executive Bharat Masrani said in a statement.

Net income rose to $2.5 billion in the quarter from $2.1 billion the previous year.

Net income at the bank's Canadian retail business grew by 7 per cent to $1.6 billion, benefiting from record account balances in personal checking accounts and strong growth in commercial loans and deposits.