Toronto-Dominion Bank, which earlier this week announced a US$13.4 billion acquisition to expand in the U.S., got a lift from loan growth at home.

Total revenue for the bank’s Canadian retail unit rose to $6.72 billion (US$5.32 billion) in the fiscal first quarter, up 5.9 per cent from a year earlier, the Toronto-based company said Thursday. Overall profit topped analysts’ estimates.

Toronto-Dominion has staked much of its future on expanding its U.S. retail-banking business. On Monday, it announced an agreement to buy First Horizon Corp. -- its largest acquisition ever -- to fill in its footprint in the Southeast. The deal was struck as Toronto-Dominion benefits from stronger borrowing trends among domestic consumers and businesses, with total average personal loans rising 7.8 per cent in the three months through January while business loans increased 14 per cent.

“We’re seeing strong activity,” Chief Financial Officer Kelvin Tran said in an interview. “Customers’ confidence is back, and we’ve been seeing that momentum building for a few quarters now.”

Toronto-Dominion’s performance in the U.S. last quarter was more muted. Total revenue for the U.S. unit rose 5.5 per cent from a year earlier to US$2.2 billion, held back by an 11 per cent decline in business loans. Commercial lending in the U.S. was restrained by the continued repayment of Paycheck Protection Program loans, Tran said.

“There’s still a lot of liquidity inside the U.S. and, as the liquidity subsides, you would expect to have loan growth,” Tran said.

One bright spot was U.S. credit-card balances, which rose 5.6 per cent from the fourth quarter. That was the strongest quarter-over-quarter growth since the first three months of fiscal 2020, before the pandemic spread in North America. Total personal loans gained 0.1 per cent from a year earlier. 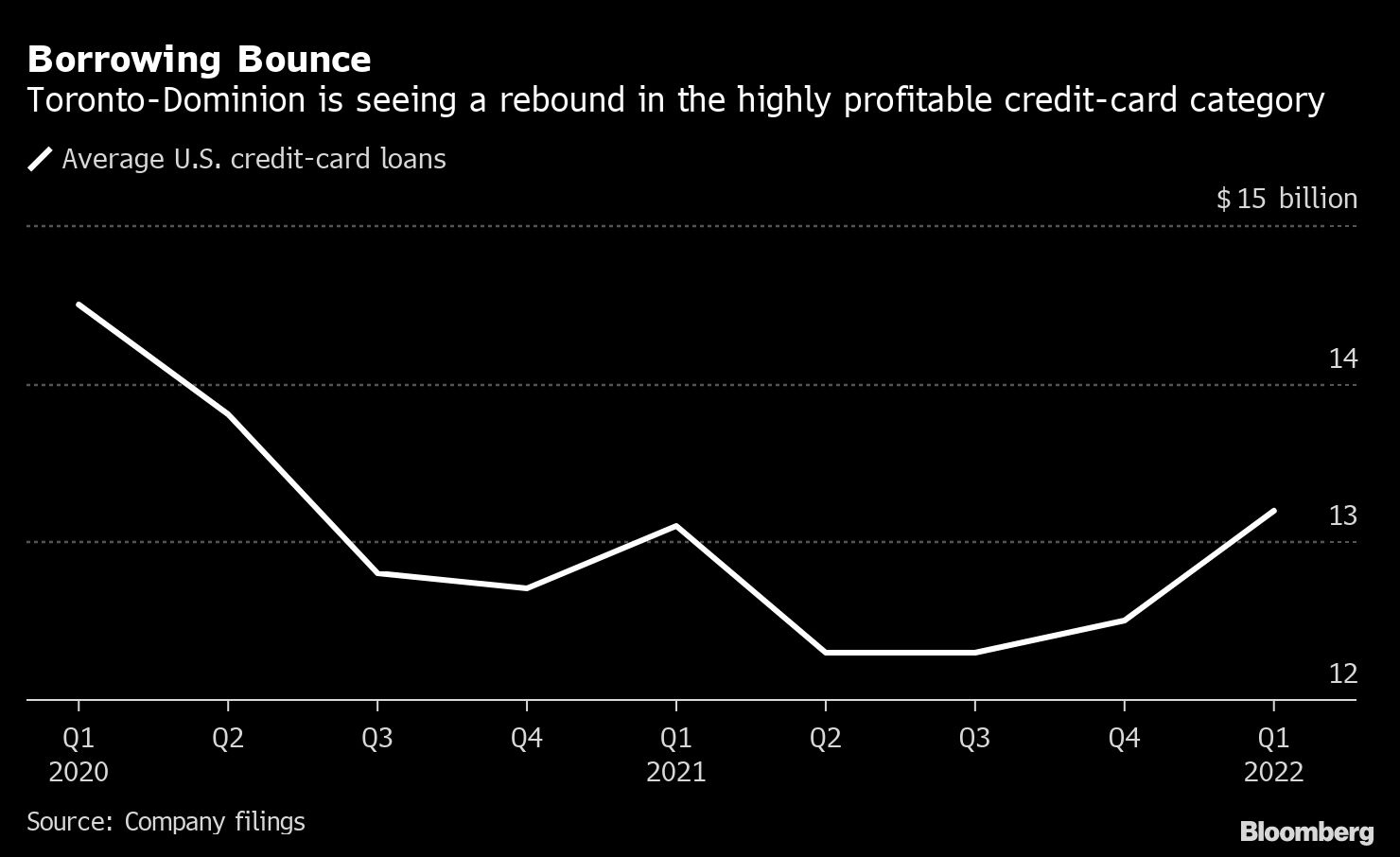 With the First Horizon purchase, Toronto-Dominion will be adding 412 branches and more than 1.1 million individual and business customers across 12 states. The Memphis, Tennessee-based lender has a large presence in its home state and Louisiana, along with locations in Florida, the Carolinas and Virginia, and “footholds” in Atlanta, Dallas and Houston, Toronto-Dominion said Monday.

The deal, which still needs regulatory approval, would move Toronto-Dominion beyond its current U.S. East Coast footprint and would make its U.S. franchise into one of the nation’s top six banks, with about US$614 billion in assets.