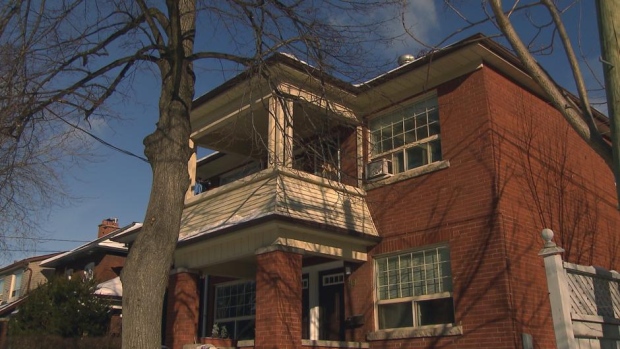 The big Canadian bank increased its TD Mortgage Prime rate to 2.85 per cent from 2.7 per cent, effective Tuesday.

TD said it regularly reviews its rates and adjusts them based on a number of factors, including the cost that the bank pays to fund mortgages.

"Increasing our rates is not a decision we take lightly," TD spokeswoman Cheryl Ficker said.

"We consider the impact on our customers before proceeding with any rate change, and we communicate directly with customers whose loans or mortgages are affected.

Customers with fixed-rate mortgages were unaffected by the change and TD's prime rate for other products with a variable interest rate, such as lines of credit, was also not affected as that rate remained at 2.7 per cent.

Mortgage brokers had warned that the mortgage rule changes announced by Ottawa last month would make it harder for non-bank lenders to operate and could see Canadians pay higher interest rates.

James Laird, president of mortgage company CanWise Financial and co-founder of rate-watching website RateHub.ca, said the changes are going to reduce the types of mortgages that are going to be eligible for portfolio insurance dramatically at the end of November.

"What that basically means is it's more expensive to fund mortgages in Canada, so I think it's most likely that this is kind of a pre-emptive move in anticipation of more expensive funding costs," he said.

Laird also suggested that it was likely that the other big Canadian banks would follow suit in the coming days.

"In the eight years that I've been in this industry, I've never seen the major lenders have their prime rates different for more than a couple of days," he said.

Laird noted that he didn't see a change in TD's fixed-rate mortgage offerings overnight, but that it would be something that he'd be watching.

Borrowers with variable-rate mortgages often negotiate a discount to the prime rate, but the rate they pay still goes up and down as the prime rate changes.

The increase means borrowers with variable-rate mortgages at TD will see a larger portion of their mortgage payment go toward paying interest instead of repaying principal if their payment remains the same.

TD's prime rate had been at 2.7 per cent since July 2015 when it was cut in the wake of a decision by the Bank of Canada to reduce its overnight rate target by a quarter of a percentage point to 0.5 per cent.

TD initially lowered its rate to 2.75 per cent from 2.85 per cent following the July 2015 central bank decision, but later cut it to 2.7 per cent to match the moves by the other big Canadian banks.