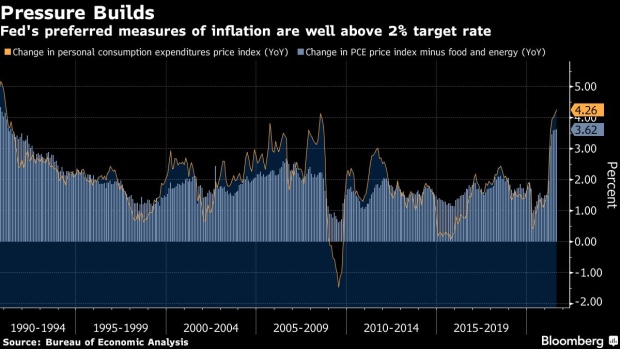 (Bloomberg) -- In the hottest debate in economics, this week saw a fairly decisive win for those who expect U.S. inflation will prove more stubborn than short-lived.

The Federal Reserve Bank of Dallas summed up the latest state of play by declaring underlying price pressures are now “strong” even after pandemic-related cost spikes such as autos, hotel stays and airfares are excluded.

This week’s economic reports and price action in commodities markets continued to lean in favor of a longer-lasting inflation shock, which runs counter to the expectation of most Fed officials.

Below is a rundown of how the latest figures align with each side of the transitory or persistent inflation discussion.