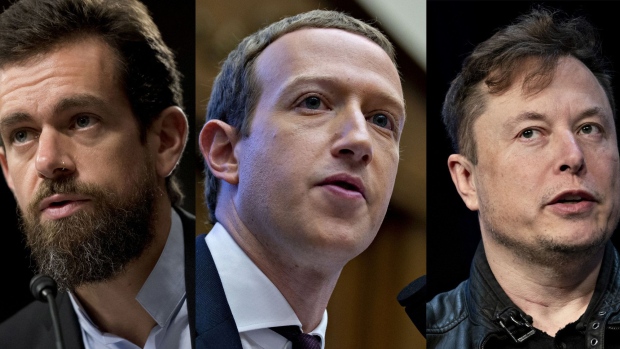 (Bloomberg) -- The world of Big Tech is starting to feel a bit like middle school, with the Silicon Valley masters of the universe taking swipes at each other on social media.

On Tuesday, Twitter Inc. CEO Jack Dorsey threw some shade at Facebook Inc. CEO Mark Zuckerberg and his recent announcements about the metaverse. Dorsey commented on a tweet giving the etymology of the term "metaverse," describing it as, "a virtual world owned by corporations where end users were treated as citizens in a dystopian corporate dictatorship."

QuicktakeRead More: What the Metaverse Is, Who’s In It and Why It Matters

Not to be out done, yesterday Tesla Inc. CEO Elon Musk replied to a tweet opining about, "Google's greatest evil," by stating Big Tech is where talent goes to die.

You're up, Sundar Pichai.