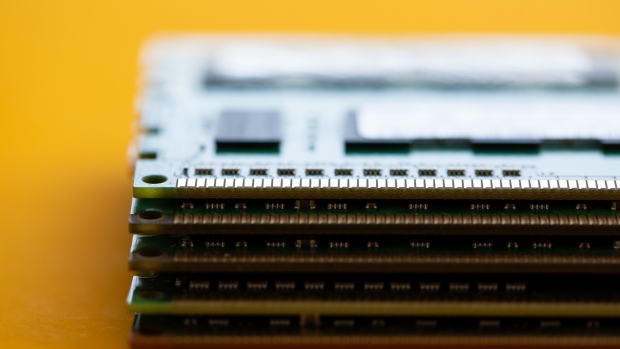 A top-performing global technology fund manager has raised bets on Samsung Electronics Co., making the stock the number one holding in his portfolio, ahead of Apple Inc. or Alphabet Inc.

Hyunho Sohn, portfolio manager at FIL Investment Management whose Fidelity Global Technology fund runs about US$4.8 billion of assets, said he has been adding positions in the world’s largest memory-chip maker since late 2018. He interpreted the sharp plunge in Samsung’s share price toward the end of that year as an opportunity, and he believes in the long-term growth of the tech giant.

“If you ask me why I bought the stock, while the chip cycle was experiencing a downturn, I’d say I have faith in its fundamentals from a long-term perspective,” Sohn said in a telephone interview from London. “Samsung is a typical example of my strategy, which is buying an undervalued stock that the market participants hate temporarily.”

His fund, which holds about 60 global technology stocks, has beaten 98% of its peers with an annualized return of about 20% over the past five years, according to Bloomberg-compiled data. The fund’s top five holdings also include Alphabet, Apple, Intel Corp., and Microsoft Corp.

The potential growth in demand for memory chips is apparent in the growing needs of cloud storage and service providers alongside the artificial intelligence industry that needs data storage, he said. Compared with global tech stocks, valuations of Samsung are “still attractive,” he added.

Although Samsung’s forward price-to-earnings ratio of 12.6 times is not cheap compared with its historical average, it still lags Micron Technology Inc.’s 14.7 times and Taiwan Semiconductor Manufacturing Company’s 18.6. On forward price-to-book terms, Samsung is trading at 1.2 times, lower than almost all of its peers.

Shares of Samsung have risen about 30 per cent this year as overseas investors bought net 4.3 trillion won (US$3.6 billion) of shares, the most sought-after stock on Korea’s KOSPI benchmark this year.

To be sure, it’s not all rosy for the memory chip sector. Micron, the third-largest player in the industry, released disappointing sales forecasts last month. And Samsung’s third-quarter preliminary earnings guidance announced earlier this month is less than half of its operating profits a year earlier. Chip prices have also been mixed. Contract prices for 32-gigabyte DRAM server modules fell 13.8 per cent in the third quarter from the previous three-month period, while those for 128-gigabit MLC NAND flash memory chips rose 12.3 per cent, according to inSpectrum Tech Inc.

“I know we don’t see clear signs of recovery in the memory chip industry yet,” Sohn said. “But for me, based on valuations, long-term growth potential, and balance sheet metrics like free cash flow, Samsung is a stock that I am comfortable with having large positions in. I still see an upside for the stock.”