Stocks pared gains into the close as a drop in tech companies tempered earlier optimism about solid corporate earnings and economic data.

The S&P 500 was little changed and the Nasdaq 100 erased its advance. Moderna and Johnson & Johnson retreated, while Pfizer ended the session unchanged on news the U.S. will support a proposal to waive intellectual-property protections for COVID-19 shots. Peloton tumbled after recalling its treadmill products. Copper and lumber climbed, adding to inflation worries.

As the world’s largest economy rebounds, an intense debate has emerged over whether actual price pressures are set to materialize. The five-year breakeven rate -- a proxy for the annual inflation rate bond traders expect over the span -- touched the highest since 2008. Despite the increase in commodity prices and supply shortages, several Fed officials said Wednesday that inflation is unlikely to get out of control. 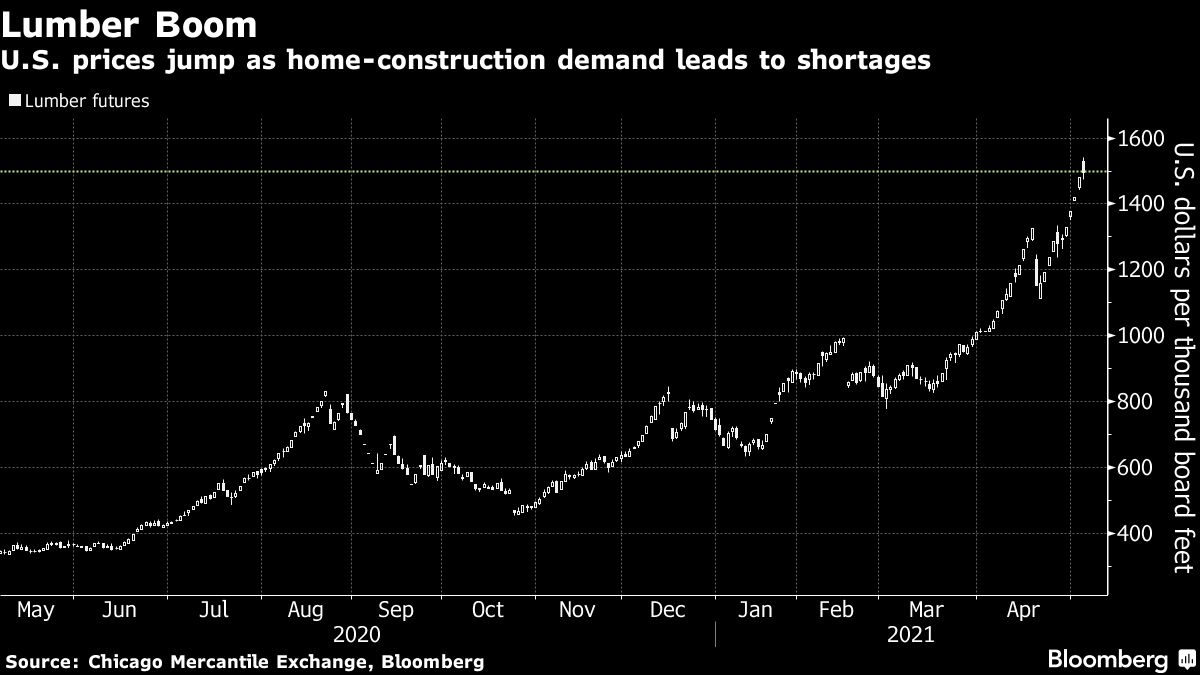 “Given the still high unemployment, and a decade of inflation undershoot, central banks will likely tolerate higher inflation and see it as temporary,” he wrote. “The question that matters the most is if asset managers will make a significant change in allocations to express an increased probability of a more persistent inflation.”