The bulk of the selloff damage to Bitcoin is already done: CIBC chief market technician

Technology companies led a rebound in U.S. equities on Thursday after a report showing applications for state unemployment insurance fell last week to a fresh pandemic low rekindled optimism in the economic recovery.
The Nasdaq 100 Index jumped to a two-week high, with gains in megacaps including Apple Inc., Microsoft Corp. and Tesla Inc. powering the advance. Tech stocks rose the most in the S&P 500 as all of the major industry groups moved higher. Ford Motor Co. rose for the first time in three sessions on plans to create a joint venture to manufacture electric-vehicle batteries in the U.S.

The latest jobs report comes after mounting concern that faster inflation will prompt authorities to ease back on stimulus has weighed on risk assets in recent sessions. Minutes from the Federal Reserve’s last meeting showed some officials were open to a debate at “upcoming meetings” on scaling back bond purchases if the U.S. economy continued to progress rapidly.

“While inflation has been the star of the show, keep in mind that the Fed’s mandate is twofold, with employment as the other side,” said Mike Loewengart, managing director of investment strategy at E*Trade Financial. “The jobless claims read shows once again that that we’re heading in the right direction, but we’re a ways away from where we were pre-pandemic.” 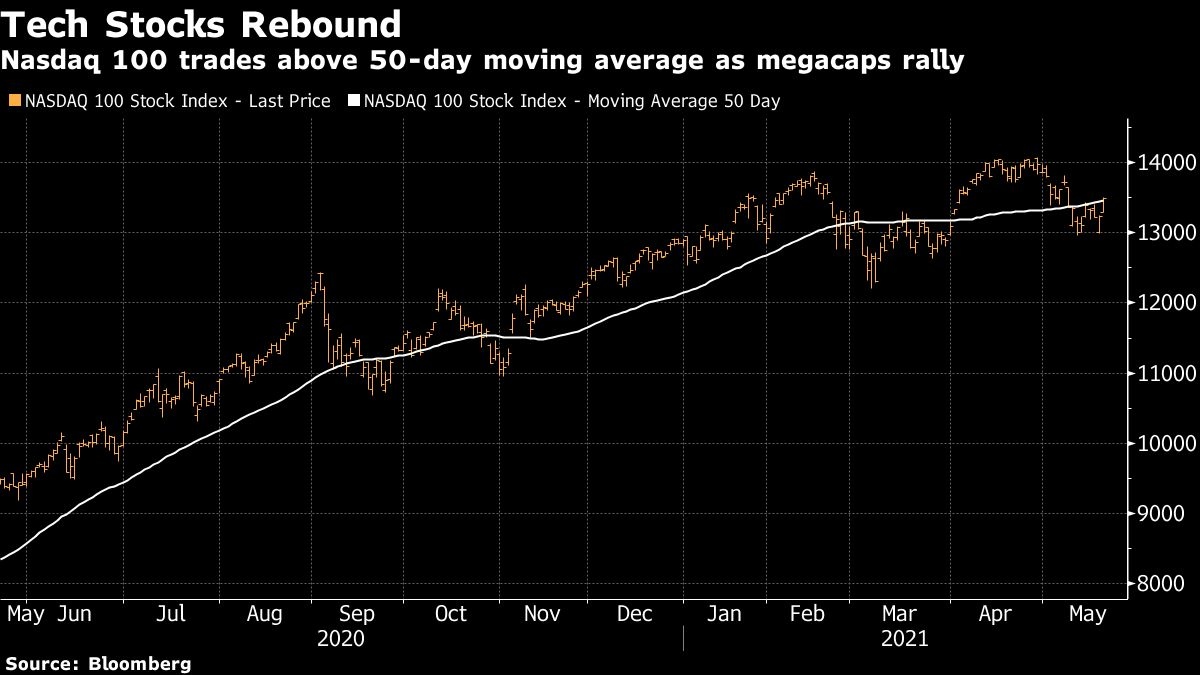 Thursday’s rally pushed the tech-heavy Nasdaq 100 above its average price for the past 50 days. That level is a key trend indicator for traders and has proven to be a buy signal in past rebounds.

Cryptocurrencies pared gains after the U.S. Treasury Department called for stronger tax compliance. Bitcoin, which whipsawed investors with huge price swings on Wednesday, was up less than 5 per cent at 4 p.m. in New York after climbing as much as 11 per cent.

Oil extended declines to a three-week low after Iran’s president said the broad outline of a deal to end sanctions on its oil had been reached. Yields on 10-year Treasuries fell as the dollar weakened. The Bloomberg Commodity Index fell for a third day.