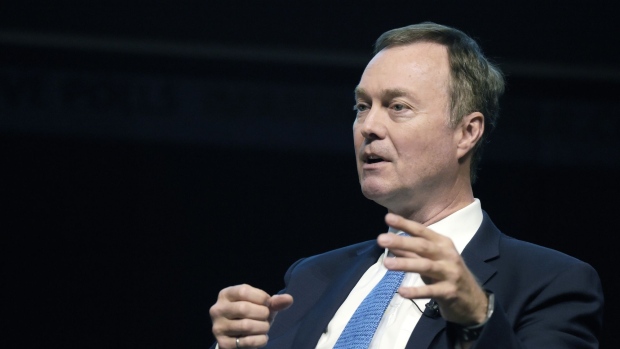 (Bloomberg) -- Don Lindsay is stepping down as chief executive officer of Canadian miner Teck Resources Ltd., ending a 17-year run that saw him make a number of large deals but also receive criticism from investors over his pay and performance.

Lindsay, 63, will be replaced by two executives in “the culmination of a multiyear succession process,” Teck said a statement. Chief Financial Officer Jonathan Price, a former BHP Group executive, will take over as CEO, while Chief Operating Officer Harry “Red” Conger will add the title of president.

“We are delighted to have been able to recruit Jonathan and Red in 2020 and, under Don’s leadership, position them for successful advancement into these roles,” said Teck Chair Sheila Murray.

Lindsay -- among the longest-serving leaders of any big mining company -- faced calls for his ouster in 2020. Impala Asset Management LLC claimed he had hurt the share price and said he was overpaid. Tribeca Investment Partners also wanted Lindsay replaced and proposed that the company spin off its energy and coal businesses.

Teck shares soared to a multiyear high in June, as prices for the group’s commodities from coal to copper and zinc rocketed higher in the aftermath of Russia’s war on Ukraine. The firm’s second-quarter adjusted profit available to shareholders was a record C$1.8 billion, or C$3.30 a share.

Teck said it bought back $650 million of debt and C$572 million of its own shares during the quarter, and has more than C$3 billion worth of cash.

Lindsay will remain with the company until the second quarter of next year to support the transition in the role of executive vice-chair, Teck said.