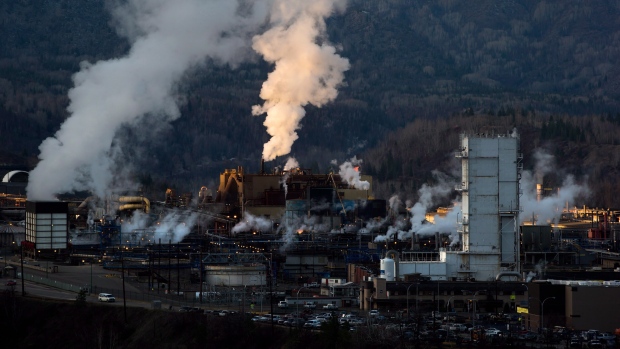 VANCOUVER -- Teck Resources Ltd. says it is suspending construction at a copper mine expansion in Chile, affecting about 15,000 workers there, as reaction by South American governments to the COVID-19 outbreak hits home for foreign mining companies.

The Vancouver-based miner says work will stop on the US$4.7-billion Quebrada Blanca Phase 2 project for an initial two-week period and then be reassessed.

Teck is the operator and owns a 60 per cent stake in the project, which is expected to start production in 2021.

Meanwhile, Vancouver-based Pan American Silver Corp. says operations at its four mines in Peru are temporarily suspended due to a government-mandated state of emergency in response to the COVID-19 outbreak.

The government there is restricting non-essential travel and declared a 15-day quarantine where all citizens are to stay and work from home if possible.

Montreal-based Dynacor Gold Mines Inc. -- which processes ore in Peru purchased from artisanal and small-scale mines -- says it has closed its offices throughout the country because of the restrictions.

Separately, Teck announced the Antamina copper and zinc mine in Peru, in which it has a 22 per cent ownership stake, will maintain critical operations with a reduced workforce under an exemption from government restrictions.

"Considering the significant size and scale of the QB2 project, and the fact that workers on the project commute in large numbers from all over Chile, this is the right decision to protect the health and safety of workers and their families, and to support the Chilean government efforts to halt the spread of COVID-19," said Teck CEO Don Lindsay in a statement.