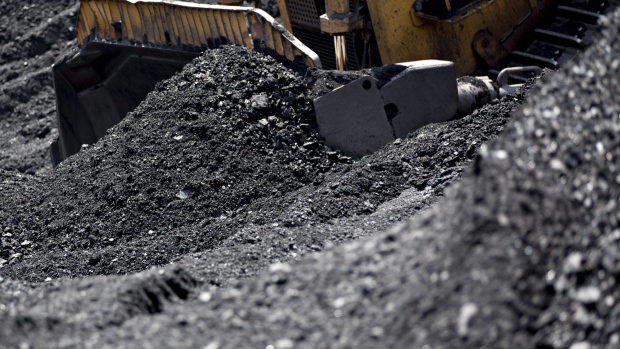 (Bloomberg) -- Teck Resources Ltd. is exploring options for its metallurgical coal business, including a sale or spinoff that could value the unit at as much as $8 billion, people with knowledge of the matter said.

The Canadian miner is working with an adviser as it studies strategic alternatives for the business, which is one of the world’s largest exporters of the steelmaking ingredient, the people said, asking not to be identified discussing confidential information.

Large commodity producers are under increasing pressure to cut back on fossil fuels in response to investor concerns over climate change. BHP Group last month agreed to sell its oil and gas assets to Australia’s Woodside Petroleum Ltd. and is seeking to exit some of its coal operations. Anglo American Plc spun off its South African coal unit for a separate listing in June.

Exiting coal could free up resources for Teck to accelerate its plans in commodities like copper, as demand shifts to the building blocks of an electrified global economy. Deliberations are at an early stage, and Teck could still decide to keep the business, the people said.

Teck produced more than 21 million metric tons of steelmaking coal last year from four locations in western Canada. The business accounted for 35% of the company’s gross profit before depreciation and amortization in 2020, according to its website.

Metallurgical coal is a key raw materials used in steelmaking, which remains one of the most polluting industries on the planet and faces significant pressure from policymakers to clean up its act. China, the world’s largest metal producer, has indicated it will curb steelmaking in an effort to reduce carbon emissions.

Prices of metallurgical coal prices have continued to rise this year as bets on a global economic recovery fuel frenzied demand for steel. This helped Teck swing to a second-quarter net income of C$260 million, compared with a C$149 million net loss the same period last year.