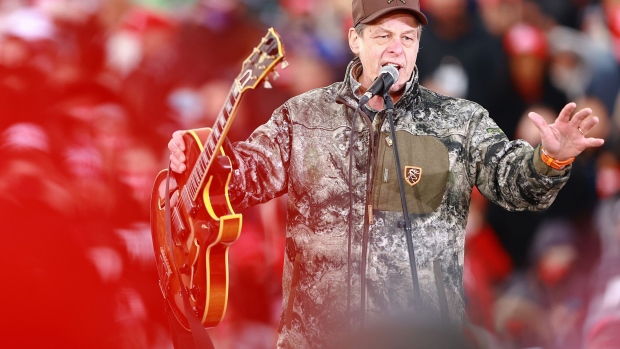 (Bloomberg) -- Rock-and-roll guitarist and gun enthusiast Ted Nugent is resigning from the board of the National Rifle Association after 26 years.

Nugent, who once recorded a song titled “I Am the NRA,” is stepping down “due to ongoing schedule conflicts,” according to a July 29 memo from General Counsel John Frazer reviewed by Bloomberg News. Nugent, has served on the group’s 76-member board since 1995, according to a website that tracks the gun group.

Representatives for Nugent and the NRA didn’t respond to multiple requests for comment. An outdoor group called Hunter Nation announced earlier this month that Nugent was going to become its national spokesperson. The Trace reported Nugent’s resignation earlier today.

Nugent made his name with hard-driving hits like the 1970s standard “Cat Scratch Fever.” His time on the NRA’s board has been marked by outspoken support for the gun-rights group and fierce criticism of many of its opponents, including the Democratic party and the Black Lives Matter movement. Nugent’s website describes him as “pro-gun, pro-freedom and pro-America.”

His departure comes at a time when the NRA is facing declining revenues and rising legal costs related to several court battles, including a failed bid earlier this year to use a federal bankruptcy filing to move from New York to Texas. It’s now defending a lawsuit filed by New York Attorney General Letitia James, who has accused the nonprofit and top executives of misappropriating assets and called for its dissolution.

The NRA and its executives have denied any wrongdoing.

Read more: NRA Spending on Lawyers Is on Pace for Record This Year