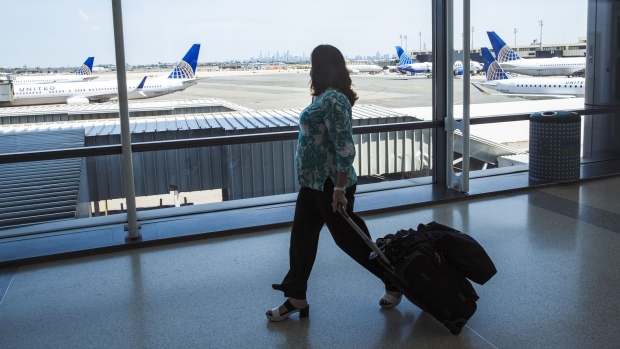 The trio of coronavirus vaccines racing toward approval may reach the masses too late to prevent another round of airline failures.

With last week’s insolvency filing at Norwegian Air Shuttle ASA, some 42 airlines worldwide have failed or entered administration this year, according to research from consultant IBA Group. The tally may surpass 70 through March, as rising cases weigh on revenue and carriers struggle to secure fresh funding.

“The fourth quarter and the first quarter of next year could be equally terrible,” IBA’s Stuart Hatcher said in an interview. “Airlines will be trying everything to get through to Easter, when higher demand should coincide with the roll-out of the vaccine, but there comes a point when the money runs out.”

While a late-summer rebound in flights has limited airline failures in the past few months, a new wave of COVID-19 lockdowns combined with the usual winter slump in traffic will push more toward the brink, Hatcher said.

Those carriers that are unable to wring further aid from cash-strapped governments will be most vulnerable, he said.

Norwegian Air last week filed for creditor protection in Ireland, after Norway earlier turned down a second bailout on top of a 3 billion kroner (US$333 million) state loan granted in May.

What’s not clear is how much advances toward vaccines will impact both forward airline bookings and the ability of carriers to raise cash from government or private sources, Hatcher said.

“There seems to be light at the end of the tunnel, so there might be more confidence about stepping in,” he said. “Then again, final approvals for vaccines are still needed, distribution will take many months, and we’re not going to see long-haul markets in particular rebound for a long time.”

IBA says that the figures on filings also underplay the extent of restructuring action, especially in Asia, where there’s a higher proportion of national airlines like Pakistan International Airlines and Air India undergoing state turnarounds. 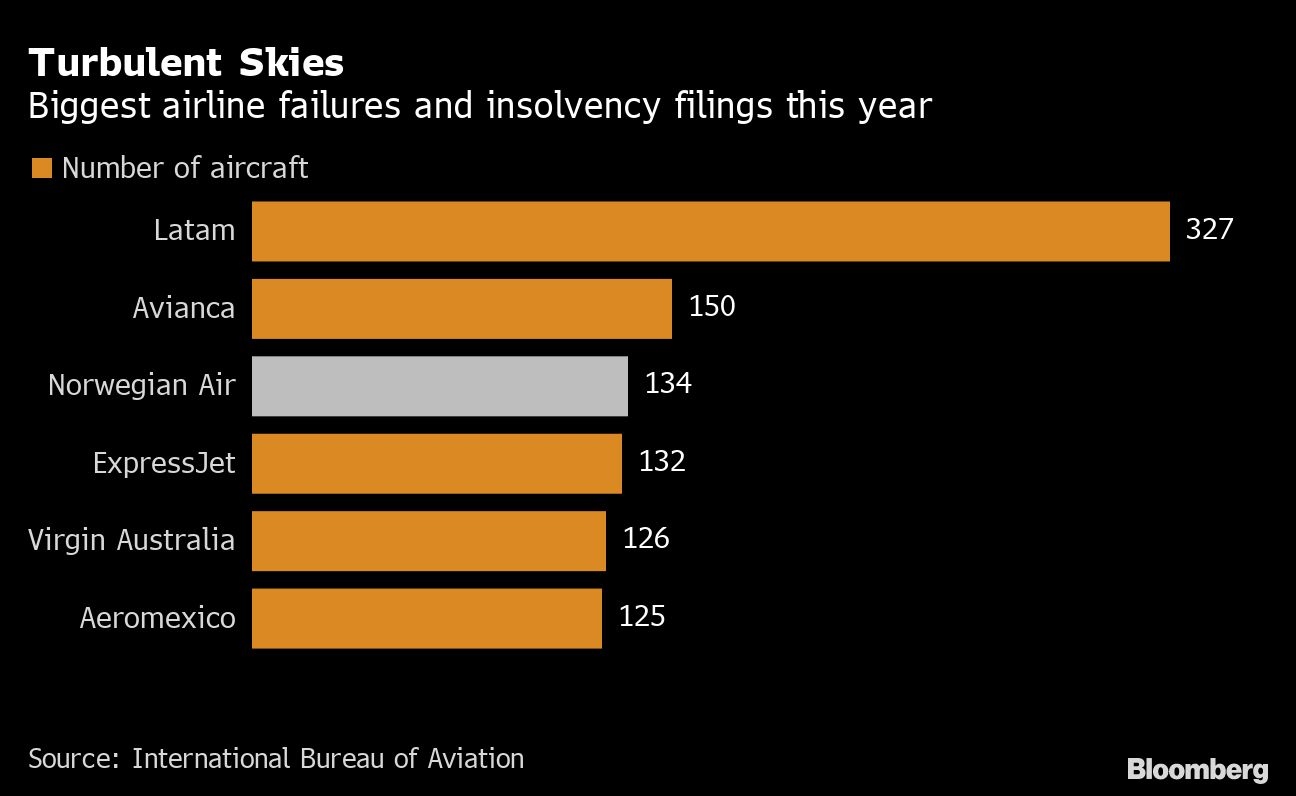 Thai Airways International Pcl is reorganizing under a court-approved plan, while Asiana Airlines Inc. has been rescued through a takeover by larger rival Korean Air Lines Co. There’s no visibility into Chinese revamps, Hatcher said.

Some large carriers including India’s SpiceJet Ltd., which has deferred dues to vendors and statutory authorities, and Malaysia Airlines Bhd., seeking to negotiate a restructuring with creditors and leasing firms, haven’t filed but are clearly vulnerable, he said.

Long-haul discount carrier AirAsia X Bhd. has meanwhile submitted a revised debt-restructuring plan which will be put to a vote in the first quarter.

Insolvency actions have been more common in Latin America, reflecting a relative unavailability of state funding and ready access to U.S. Chapter 11 proceedings, from which major operators like Latam Airlines Group SA, Avianca Holdings SA and Grupo Aeromexico SAB should emerge, according to Hatcher.

Some US$50 billion of loans and worker payments through the Cares Act helped to head off bankruptcies in the U.S., together with a residual flow of revenue from domestic flights, he said.

In Europe, there’s been a huge imbalance in funding between the billions of euros of state aid granted to Air France-KLM and Deutsche Lufthansa AG, and the far smaller amounts tapped by discounters including Ryanair Holdings Plc, Hatcher said. Some carriers including EasyJet Plc seeking to tap further funding should be successful, he said.