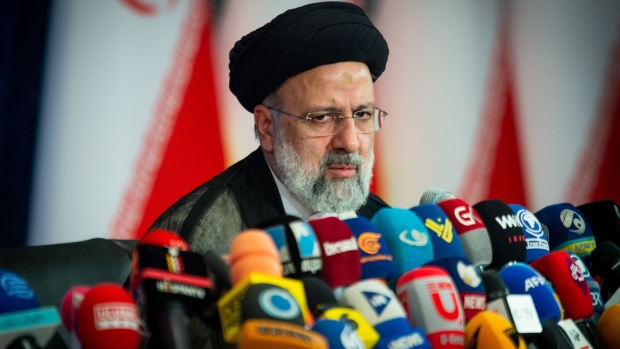 Iran’s Supreme Leader lashed out at the U.S. and other Western powers on Wednesday, accusing them of malice and failing to meet commitments made during nuclear negotiations.

Ayatollah Ali Khamenei’s comments came as President-elect Ebrahim Raisi, an ultraconservative cleric, prepares to take office on Aug. 5. They underscore the tensions between Tehran and world powers after a sixth round of talks in Vienna broke up last month without a deal.

“Administrations should utterly avoid tying their plans to negotiations with the West, for they’ll certainly fail,” Khamenei said to outgoing President Hassan Rouhani’s cabinet. “In the recent nuclear talks, the Americans staunchly insisted on their obstinate stance. They say they’ll remove sanctions, but in practice they didn’t and won’t.”

Diplomats are trying to revive a 2015 pact that limited Iran’s nuclear activities in return for an easing of U.S. sanctions, including on the Islamic Republic’s oil exports. The U.S., European Union and Russia have been frustrated by Tehran’s stalling over a seventh round of talks, for which no date has been set.

Raisi is more wary of any rapprochement with the U.S. than Rouhani, though he has said he intends to continue the negotiations.

Oil extended gains on Thursday, with Brent rising 0.4% to $75 a barrel, after big declines in U.S. crude and fuel stocks. That signaled summer demand remains robust in the world’s biggest economy, despite a resurgence of Covid-19 infections.

Iran could quickly add over 1 million barrels a day of crude, condensate and refined products to global markets by early next year if the nuclear talks are successful and U.S. sanctions are eased, Fereidun Fesharaki, chairman of energy consultancy FGE, said.

“The assumption that a U.S.-Iran deal will not materialize under new hard-line Iranian leadership is a mistake,” Fesharaki said in a note. “Despite their harsh anti-U.S. rhetoric, the hard-line leadership coalition and Supreme Leader need a quick win to boost popularity -- which a sanctions deal could provide.”