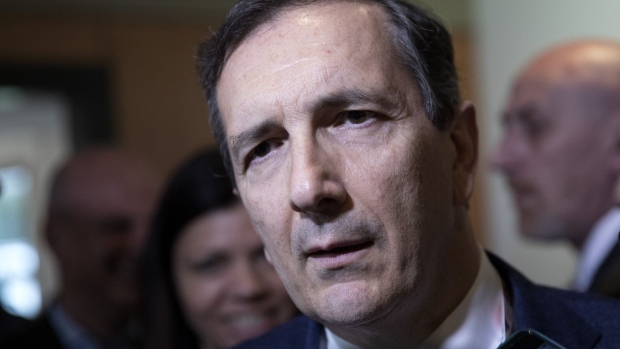 (Bloomberg) -- Telecom Italia Chief Executive Officer Luigi Gubitosi SpA urged the company’s board to take swift action after the former telecoms monopolist received a bid from U.S. private equity giant KKR & Co. to buy it, saying he’d be willing to offer his resignation to speed up the process if needed.

In a letter to board members seen by Bloomberg News Gubitosi wrote he is ready to resign if this would allow to speed up the process of evaluating the offer.

Telecom Italia will hold a crucial board meeting on Friday. Vivendi SE, the French media  conglomerate that owns 24% of Telecom Italia and has already signaled it views KKR’s non-binding offer as too low, is on the offensive and may seek to oust Gubitosi, according to people familiar with the matter.