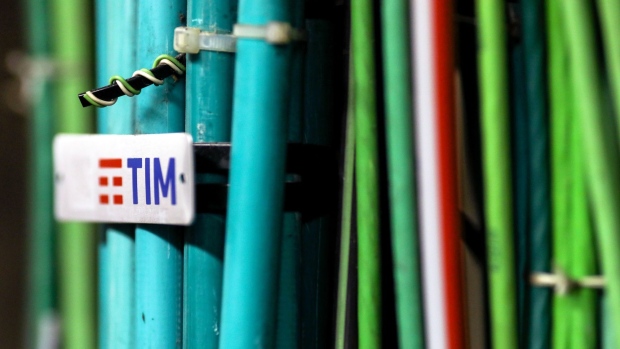 Telecom Italia SpA plans to renew its drive for a possible merger with smaller, state-backed rival Open Fiber SpA in a long-delayed bid to build a single national phone network in Italy and avoid billions of euros in duplicate investments, people familiar with the matter said.

The latest version of the carrier’s strategy, spearheaded by General Manager Pietro Labriola, shapes up as an alternative to possible plans for the company’s future drawn up by KKR & Co, which late last year made a 10.8 billion-euro ($12.3 billion) bid to buy the ex-telecommunications monopolist. That offer is still pending.

An in-house project including a spinoff of the company’s landline network into a new unit called NetCo calls for a possible combination between NetCo and Open Fiber as soon as this year, the people said, asking not to be named because Labriola’s plans aren’t yet public. Projects including the spinoff will likely be approved by Telecom Italia directors at a March 2 board meeting, they said.

Italian state lender Cassa Depositi e Prestiti SpA, which owns 10% of Telecom Italia and also controls Open Fiber, could then tighten its grip on the new network company, addressing government concerns over maintaining control of an asset deemed to be of core national interest, according to the people.

No final decision has been taken, the people said, and a merger with Open Fiber would also need approval from Italian and European competition regulators. A spokesman for Telecom Italia declined to comment.

Labriola is expected to be elevated to the CEO position at a board meeting scheduled for Friday, people familiar with the matter told Bloomberg earlier this week, and he’s already presented directors with a preliminary project aimed at spinning the landline network off into a new entity focused on wholesale services. That unit would also include the Telecom Italia Sparkle subsea cable unit, they said.

A significant portion of Telecom Italia’s 30 billion euros in debt may be transferred to this new company as could thousands of workers, the people said at that time. The plan could also see all of the company’s commercial services spun off into a separate entity called ServiceCo. That would encompass the Tim SA Brazil unit and data center unit Noovle SpA. Both new entities -- NetCo and ServiceCo -- could eventually be listed on the Milan Stock Exchange, they said.