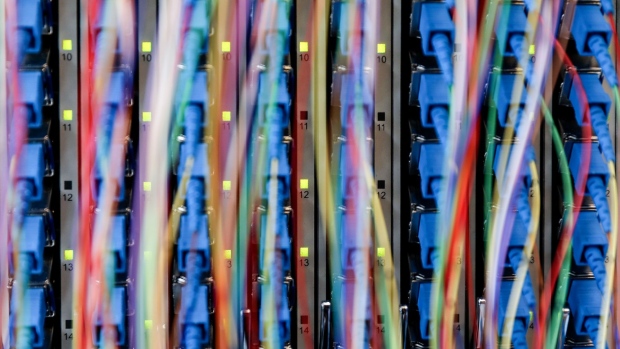 (Bloomberg) -- Telenor ASA agreed to divest a minority stake in its Norwegian fiber network to a consortium led by KKR & Co. and Oslo Pensjonsforsikring for about 10.8 billion kroner ($1 billion).

Telenor will use an estimated 30% of the proceeds to buy back shares and mitigate the impact of the new investors, the Fornebu, Norway-based company said in a statement on Friday. Including debt, the price values the fiber business at 36.1 billion kroner, it said.

The deal is part of a strategy by Norway’s biggest telecommunications company to free up capital to fund more fiber buildouts. Telenor announced plans to potentially sell a stake in September as part of a reorganization that involved establishing its infrastructure business as a separate unit.

“We are bringing in strong investors with a long-term horizon,” Chief Financial Officer Tone Hegland Bachke said in the statement. “This transaction benefits our stakeholders while safeguarding future investments in Norway’s fiber.”

The newly established company will own the passive fiber assets in Norway and includes 130,000 kilometers (81,000 miles) of cable. It will be a subsidiary of Telenor, which will maintain control of its operations and have the right to buy back the minority stake if the buyout firms decide to sell in the future. The deal is expected to close early next year.