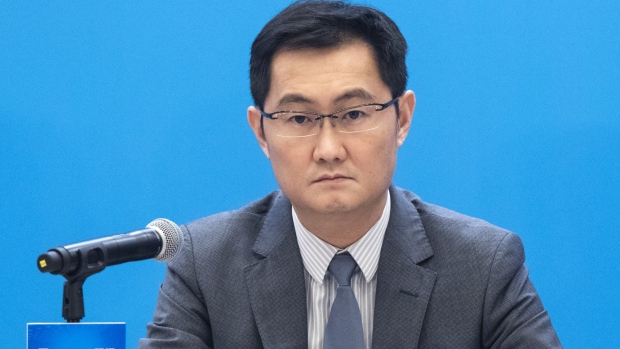 Ma, usually reluctant to step into the spotlight, posted an excerpt from the column on his semi-public WeChat feed over the weekend. The short segment accused Chinese internet users of taking online service providers like Tencent for granted, saying netizens would rather see those businesses go bankrupt than conduct layoffs or let their staff work overtime.

“This is a really vivid description,” the Tencent chief commented, according to a screengrab of a WeChat post that Bloomberg News verified with people in Ma’s WeChat circle. He went on to quote the article: “But of course, if their meal orders come 10 minutes late, they would be cursing the delivery guys.”

Ma lifted that quote from a long opinion piece originally posted May 20 by history author Zhang Mingyang, entitled “Apart from Hu Xijin, no one else cares about the economy.” That column referred to comments by Hu, the influential former editor-in-chief of the nationalist tabloid Global Times. Hu had previously suggested that the economic costs of containing the virus shouldn’t exceed the public-health benefits.

Ironically, the former newspaper editor had also commented on Zhang’s column after it was widely shared across the Chinese social media sphere -- he called it sensationalist clickbait.

Ma expressed no further judgment on the overall article himself. But the fact that the boss of China’s most valuable company shared the post made waves on the Chinese internet. Representatives for Tencent didn’t respond to requests for comment.

Tencent reported revenue growth all but evaporated in the three months ended March, walloped by sweeping government restrictions as well as lockdowns across the country. Executives warned that the current quarter could be even worse, as a quarantine covering much of Shanghai -- China’s media and finance hub -- hammered commercial payments and ad spending.

The country’s largest tech corporations have resigned themselves to a new era of low growth, more than a year into a Chinese government crackdown that’s engulfed every internet arena from e-commerce to gaming and online education. Companies from Tencent to Alibaba Group Holding Ltd. have reduced headcount and streamlined laggard businesses, among other measures, to improve margins and control costs.