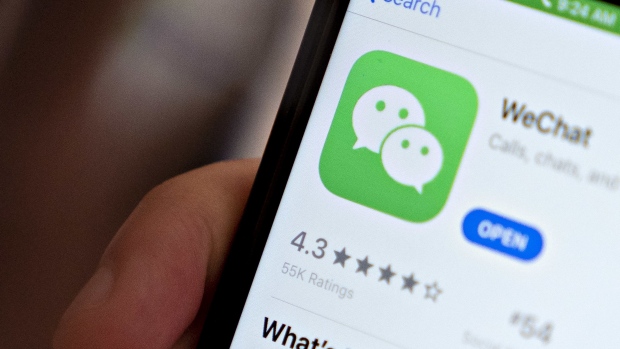 WeChat, which already has more than 1 billion users, halted signups last week to effect a “security technical upgrade” to comply with regulations. The company said at the time it expected to resume new individual user registrations around early August. A company representative confirmed user reports on social media Thursday about the resumption.

A series of state media pronouncements this week have stoked fears Beijing will next train its attention on the gaming sector and its most dominant player, Tencent. China’s most valuable corporation fell as much as 11% after an outlet run by the Xinhua News Agency called games “spiritual opium” -- a loaded term since removed from online posts. The Communist Party’s flagship newspaper, the People’s Daily, toned down that rhetoric a day later but reinforced the need to fight addiction, underscoring that reining in the giant industry remains a priority.

WeChat -- a fixture in daily Chinese life for everything from hailing a cab to ordering meals and paying utilities bills -- plays a central role in funneling traffic to and showcasing Tencent’s businesses.