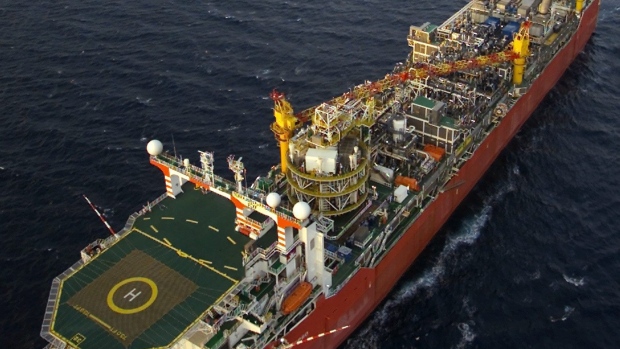 The shutdown was ordered by the Canada-Newfoundland and Labrador Offshore Petroleum Board on Thursday because of Suncor's failure to provide a backup water pump system for fire safety on the Terra Nova floating, production storage and offloading vessel after one of its two pumps failed in November.

In a notice posted on the board's website, safety officer Paul Alexander says Suncor's proposal to use a seawater lift pump as backup would be ineffective and not in compliance with regulations.

He says the expectation that it will take until April to affect repairs on the damaged pump system leaves the vessel vulnerable in the event of a fire, explosion or flooding that takes out the pump that works.

The regulator says the suspension of the vessel about 350 kilometres east of St John's will continue until the matter has been addressed to the safety officer's satisfaction.

Suncor spokeswoman Jessica Depencier says production on the vessel was shut down on Thursday and that the Calgary-based company is co-operating with the regulator.