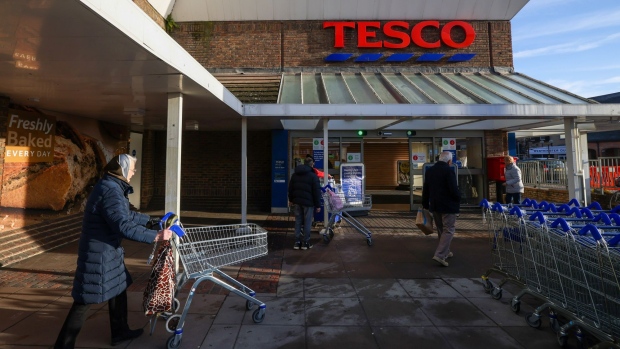 Customers enter a Tesco Plc supermarket in Chelmsford, U.K., on Wednesday, Jan. 12, 2022. U.K. retailers so far have largely been saying they fared well through the holiday season. , Bloomberg

The remuneration details of Murphy, who joined Tesco in October 2020, were revealed in the supermarket’s annual report Friday morning.

News of the healthy pay award comes at a time when Britain’s grocers are facing the worst food price inflation in decades and pressure to increase the wages of staff facing a cost of living crisis.

Last month Tesco warned that profit will be squeezed this year as it battles to keep prices low for consumers struggling to pay higher energy and food bills.  The grocer forecast retail adjusted operating profit will be between 2.4 billion pounds and 2.6 billion pounds in the current fiscal year, meaning earnings will show little change at best.

Chairman John Allan, who earlier this week said Britain was “facing real food poverty for the first time in a generation,” received flat remuneration of 695,000 pounds.

Last month Tesco announced a pay increase of almost 6% for its staff, who were designated “key workers” during the country’s multiple lockdowns.