Tesla surged 8 per cent Monday, adding about US$84 billion to the company’s market value, after saying it’s planning a second stock split in less than two years. Amazon jumped more than 5 per cent the day after announcing a 20-for-1 split this month and the stock has been on a tear ever since. 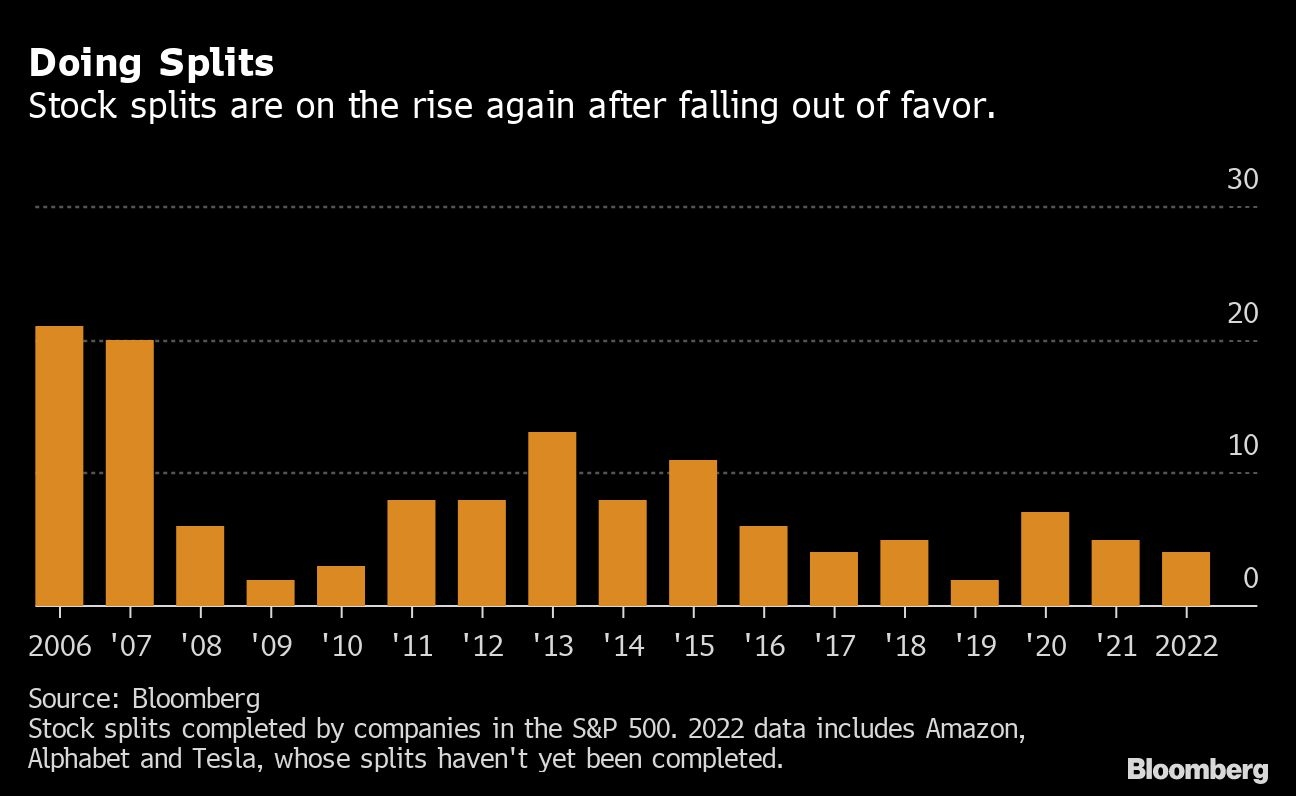 In theory, this shouldn’t happen. A split doesn’t affect a company’s business fundamentals, and investors averse to a stock’s high price tag can simply buy fractional shares instead. Yet splits are causing day traders to pile in, fueling rallies in these companies’ shares.

“We simply cannot fundamentally explain how a stock split can add nearly 1.5 times the market cap of General Motors or one full Volkswagen’s worth of market cap to Tesla almost instantly,” Morgan Stanley analyst Adam Jonas wrote in a note to clients.

Tesla was by far the most-purchased stock among Fidelity customers on Monday, as well as Tuesday as of 9:47 a.m., according to data from the brokerage firm. Amazon’s announcement attracted “significant” retail interest and was likely the biggest factor in the stock’s outperformance during a week when the Nasdaq 100 fell almost 4 per cent, according to Vanda Research.

There may be other reasons for a company like Tesla to consider increasing its outstanding shares.

Employee ownership and retaining human capital are more reasons. “A lower-priced stock makes it easier for employees with equity as part of their compensation to sell a more specific amount to satisfy tax liabilities and manage their personal wealth,” Nicholas Colas, co-founder of DataTrek Research said. “Once one company does it, they all have to do it since they are competing for similar talent.”

According to data from Vanda Research, net purchases of Tesla shares by retail investors spiked after Monday’s announcement and web chatter on the company also jumped.

Prior to 2020, share splits had almost disappeared from U.S. stock markets, with only two completed in the S&P 500 in 2019 compared with a total of 41 in 2006 and 2007, according to Bloomberg-compiled data. But Apple Inc. and Tesla helped revive the practice after splitting their stocks in 2020, with more joining the pack this year.

In 2020, Tesla Inc.’s shares surged more than 60 per cent from the day of the announcement to the execution date, while Apple shares rose about 30 per cent in a similar time frame. Weekly retail purchases surged to just shy of US$1 billion of Apple shares in the period leading up to its actual split, from about US$150 million prior to the news, according to Vanda. 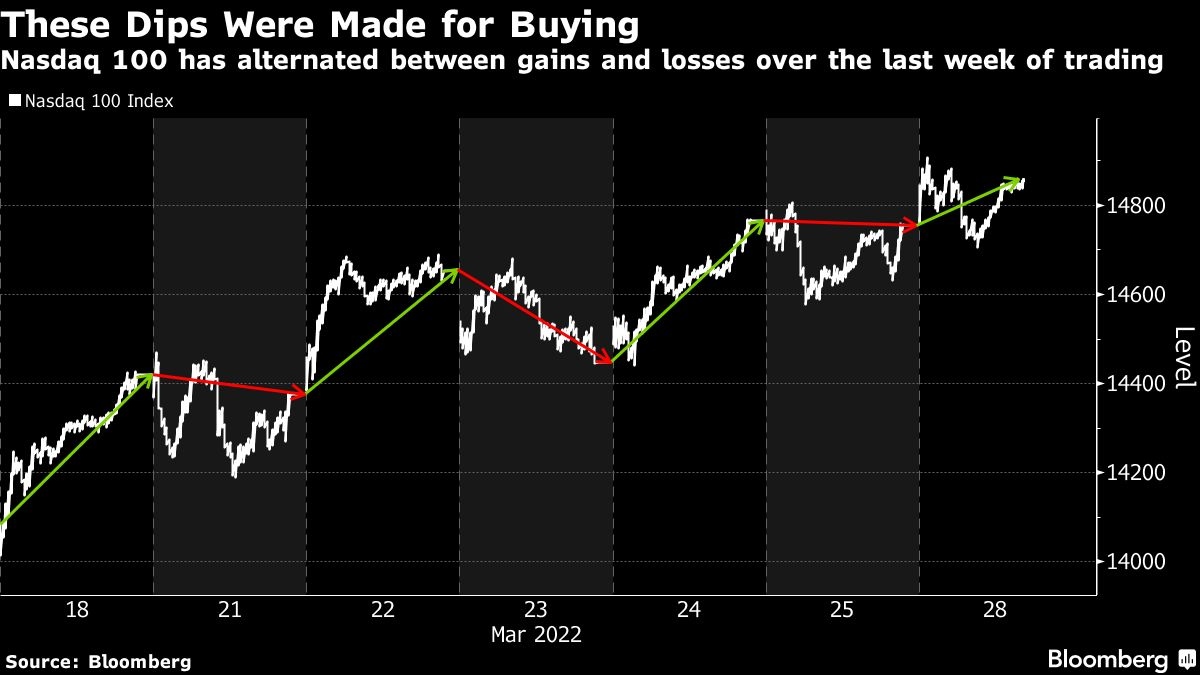 The Nasdaq 100 Index’s 15 per cent rally over the past two weeks has been far from a straightforward ride for investors. After gaining for four straight sessions following its lowest close in nearly a year, the tech-heavy benchmark has alternated between gains and losses for six straight sessions. While the current run of choppy trading is the longest since June 2021, the gauge has managed to recoup the prior day’s losses and then some following each dip.