The Tesla Inc. logo is displayed outside one of the company's showrooms in Beijing, China, on Friday, May 10, 2019. , Giulia Marchi/Bloomberg

Tesla Inc. is hiring public and government relations staff in China as the world’s biggest car market becomes a more important source of income for the top electric-vehicle maker.

The Palo Alto, California-based company is seeking new hires in China’s large cities, as well as smaller hubs including Shijiazhuang in Hebei province near Beijing and Haikou, a port city that’s the capital of the island province of Hainan, according to a job advertisement that was confirmed by a company representative. The online ad didn’t specify how many people Tesla is looking for but the recruitment posting covers 10 cities.

The hirings are in contrast to Tesla’s media approach in the U.S., where its communications team has largely been disbanded. The company, run by billionaire Elon Musk, hasn’t responded to inquiries from Bloomberg and other media outlets for nearly a year, and many of the people who were in communications roles have moved on to jobs at other tech companies. Chief Executive Officer Musk does appear on podcasts and is an avid user of Twitter.

Tesla, which gets almost a quarter of its revenue from China versus about half from the U.S., has a factory in Shanghai where it builds Model 3s. It plans to export China-made EVs to countries including Singapore, Australia and New Zealand, as well as Europe as soon as the end of this year or early 2021, people familiar with the matter said last month.

Although China is already the world’s largest car market, the potential upside is huge. Vehicle penetration is still low and there’s a rising middle class able to afford personal transport for the first time. EVs in China are also much cheaper than in Europe and the U.S., and the Chinese consumer is more tech savvy and likely to be an early adopter.

The position, described as a regional external relations manager, will be responsible for “establishing and maintaining a positive corporate image of Tesla in regional markets,” building contacts with media, government agencies and industry groups. Responsibilities may involve arranging media interviews for executives, conducting policy research and liaising with local governments. The ads were posted in late August.

Tesla delivered 69,514 domestically built Model 3s in the first eight months of 2020, making it the No. 1 player in China followed by BYD Co. with more than 40,000 cars, registration data show. Tesla is however facing greater competition from China’s legions of smaller EV firms, including NIO Inc., Xpeng Inc. and SAIC-GM Wuling Automobile Co., which has a an EV for less than $5,000.

Volkswagen AG’s Audi is also expanding its partnership with Chinese manufacturer FAW, saying earlier this week a memorandum of understanding was signed to start a company that will produce electric cars in China from 2024.

To boost China sales, Tesla has been rolling out price cuts, bringing the starting price of Model 3s to as low as 249,900 yuan ($36,800). People familiar have said that move has been aided by cheaper batteries from Fujian-based Contemporary Amperex Technology Co. Ltd. 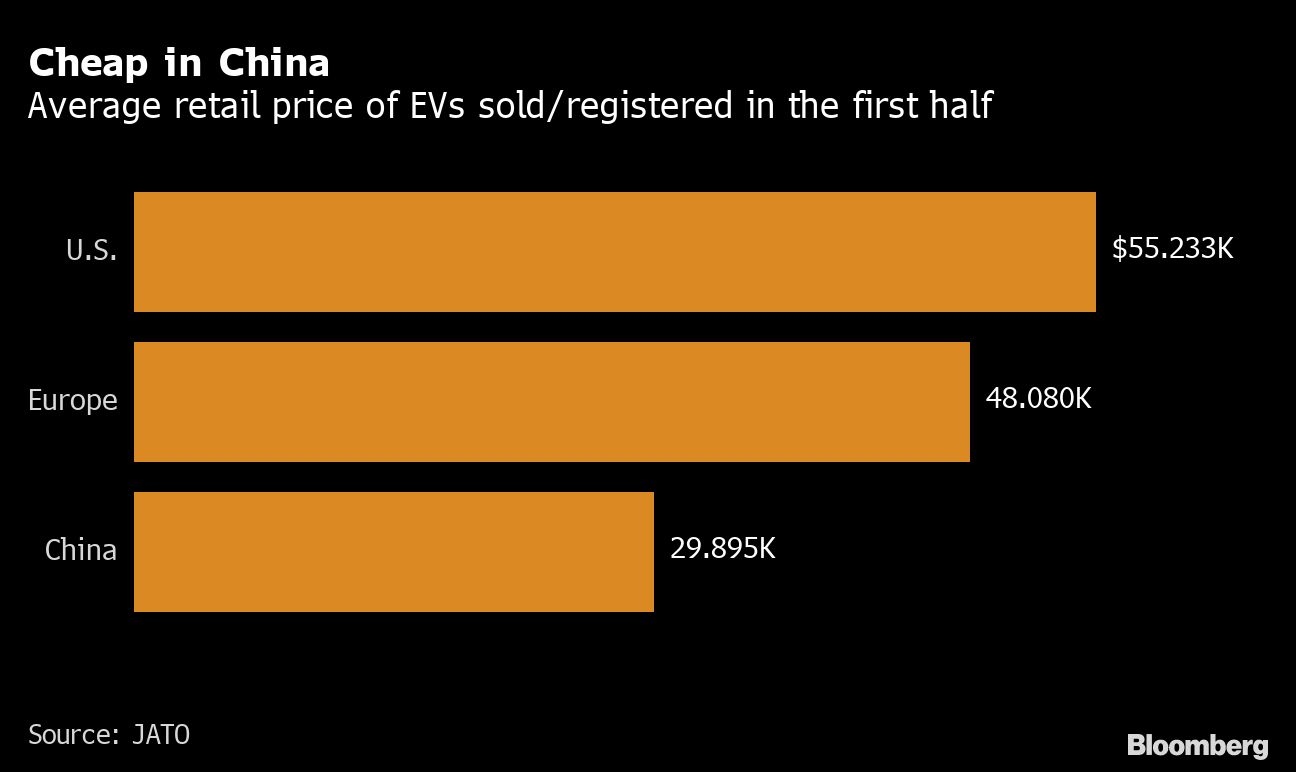