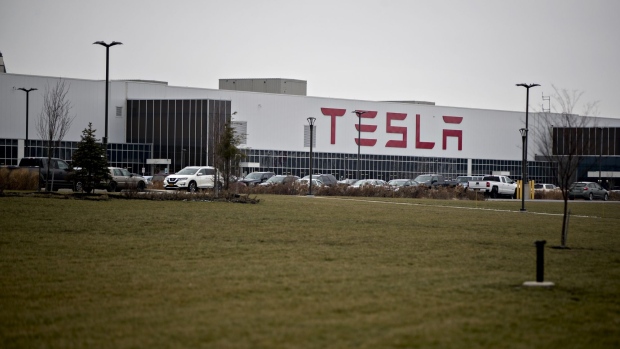 Tesla Inc.’s 2020 deliveries will drop, Ford Motor Co. will post its first annual loss since 2009 and General Motors Co. will burn through about $3.5 billion this year, according to an analyst seeing vehicle demand virtually stopping due to the coronavirus.

Joe Spak, an analyst at RBC Capital Markets, slashed price targets for all 22 of the companies he covers and downgraded four of them in reports Monday that assess the impact of Covid-19. He described the cuts to his projections as “drastic, but reasonably plausible” and said his team actually worries they aren’t extreme enough.

“The situation is very fluid but it’s not hard to imagine that vehicle demand comes to a complete halt amid social distancing” and “a stressed consumer,” Spak wrote. “And let’s be honest, buying a new vehicle may be a low priority for many once things settle down.”

Spak made the following predictions on major companies under his coverage:

--With assistance from Esha Dey.