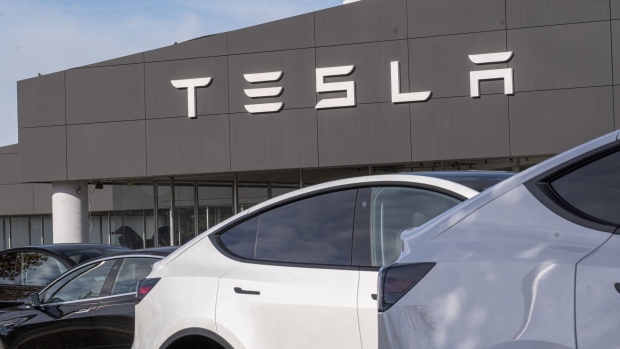 (Bloomberg) -- Tesla Inc.’s director of Autopilot software has left the company, but he may still be called as a witness in the first case to go to a trial blaming the assisted-driving feature for a fatal crash, according to a court filing.

Christopher “CJ” Moore made a comment in an interview by the California Department of Motor Vehicles earlier this year that an agency official interpreted to mean he thought Tesla Chief Executive Officer Elon Musk had overstated how quickly the electric-car maker would be able to ramp up to fully autonomous driving.

Tesla had designated Moore as its corporate representative in a lawsuit brought by the estate of a Florida man who died in March 2019 when his Model S crashed into a semi-truck on a state highway while Autopilot was engaged.

Attorneys for Jeremy Banner’s family began taking Moore’s deposition in September 2020 and have since learned he left Tesla, according to the Oct. 7 filing. They told the state court judge in Palm Beach County who has scheduled a trial for January that they want to question Moore again because he has “personal knowledge of many of the significant relevant issues for the jury to consider in this matter.” They’re also asking the court to direct Tesla to let them question Moore’s replacement as corporate representative as they continue gathering evidence.

Tesla, Moore and attorneys for Tesla in the Banner case didn’t respond to requests for comment.