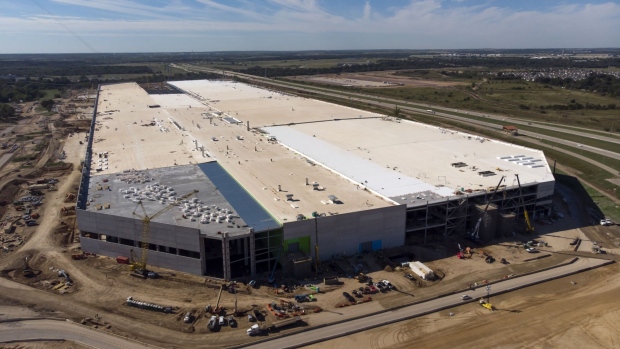 The Tesla Gigafactory under construction in Austin, Texas. , Bloomberg

(Bloomberg) -- Tesla Inc. has officially said goodbye to California and howdy to Texas as its headquarters, following through on a threat Elon Musk made last year amid his run-ins with Golden State bureaucrats.

The electric-vehicle maker, in a filing with the U.S. Securities and Exchange Commission, said it relocated its corporate headquarters to Gigactory Texas in Austin as of Wednesday.

The chief executive officer announced the plan in October during Tesla’s annual shareholder meeting in Austin. The dearth of affordable housing and long commute times were among factors limiting how much the company can expand in the San Francisco Bay area it’s called home for 18 years, he said at the time. Musk had raised the possibility in May 2020, when he clashed with Alameda County officials who has temporarily blocked his efforts to reopen Tesla’s factory in Fremont amid the pandemic.

There are tax advantages as well for Musk, the world’s richest person, according to the Bloomberg Billionaires Index. Unlike California, Texas is one the few states that levies no personal income tax.