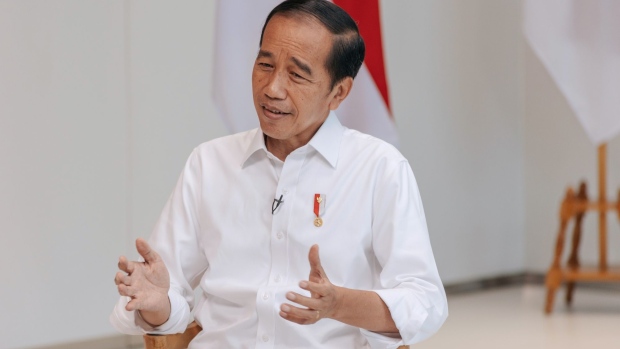 (Bloomberg) -- Indonesia wants Tesla Inc. to make electric cars in the country, not just batteries, and is willing to take the time needed to convince Elon Musk to see it as more than just a rich repository of resources.

“What we want is the electric car, not the battery. For Tesla, we want them to build electric cars in Indonesia,” President Joko Widodo said in an interview with Bloomberg News’ Editor-in-Chief John Micklethwait on Thursday. “We want a huge ecosystem of electric cars.”

Jokowi, as the president is known, said that he had similar expectations from Ford Motor Co., Hyundai Motor Co., Toyota Motor Corp and Suzuki Motor Corp., signaling his intent to seek investment and ensure Indonesia was not relegated to being just a raw material supplier or component maker in the global electric-vehicle supply chain.

The Southeast Asian nation, home to almost a quarter of global nickel reserves, has emerged as a powerhouse producer in recent years. That makes it an extremely attractive destination for auto and battery-makers, including Tesla, looking for battery materials.

“It’s still a discussion,” Jokowi said, when asked what’s holding back a deal with Tesla. “Everything needs time. I don’t want to be quick with no result. It needs intense communication and the result will show.”

An Indonesian official said in May the country was arranging a meeting between the president and Musk to discuss potential investments. A team from the pioneering EV maker also visited several Indonesian sites. Musk said he was considering a visit “hopefully in November” to explore opportunities, according to a statement from Jokowi’s office in May.

The government has held talks on potential partnerships with Musk’s team over several years, including on the development of EVs with Tesla and on the possibility of a SpaceX rocket launch site in the country -- but no agreements have been reached.

Indonesia is home to some of the world’s largest deposits of copper, nickel and tin. While most of its nickel output has been so far exported as intermediate material for steel plants in China and elsewhere, Jokowi’s government is now keen to reposition the nation as an EV and battery hub.