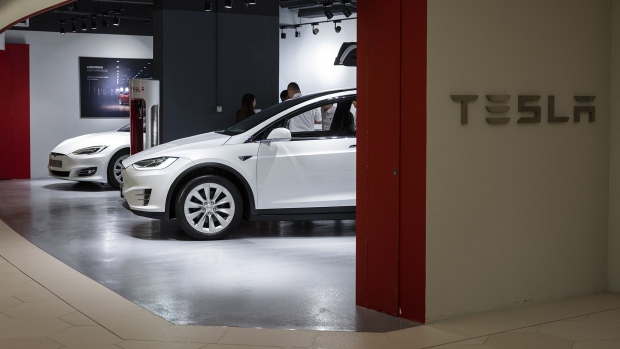 (Bloomberg) -- Tesla Inc.’s executive turnover is higher than other Silicon Valley-based technology companies and is particularly acute among those reporting to Chief Executive Officer Elon Musk, according to a Bernstein analyst.

The electric-car maker has been changing over about 27% of its top executives annually, Toni Sacconaghi, a Bernstein analyst who rates Tesla shares the equivalent of a hold. That’s the highest rate among seven companies that Sacconaghi benchmarked Tesla against, though Snap Inc. and Lyft Inc. have had similar levels of turnover, he wrote in a report Wednesday.

About 44% of executives reporting to Musk have changed over annually, Sacconaghi found, compared with about 9% on average at the other companies, which also include Amazon.com Inc., Uber Technologies Inc. and Facebook Inc.

“While one could argue that TSLA’s high turnover reflects its unique and demanding culture, we worry that such turnover not only causes instability but could also reflect more significant concerns among senior leaders about the company’s direction or workplace practices,” Sacconaghi wrote.

Tesla’s loss of executives from critical positions and quick departures by external hires have been “worrisome,” and at current rates, the company’s entire executive team of more than 150 people would be gone in less than four years, Sacconaghi wrote.

To contact the reporter on this story: Craig Trudell in New York at ctrudell1@bloomberg.net