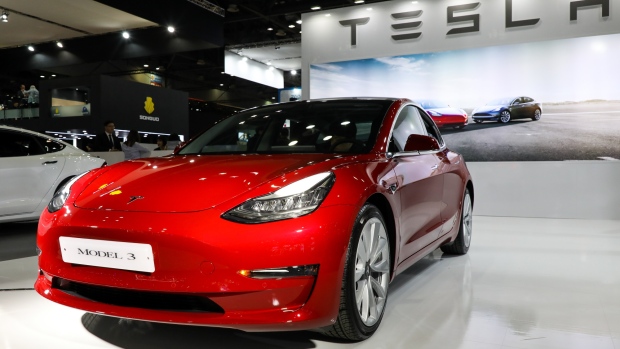 Tesla Inc.’s Smart Summon, the semi-autonomous feature some owners can use to fetch their cars, doesn’t live up to the Model 3 maker’s marketing hype, Consumer Reports magazine said.

The magazine spent several days testing the feature, which allows Tesla owners to tap their smartphone and remotely call for their car to pick them up. Tesla customers have flooded social media with a mixed bag of video reviews. Some show the system working as intended, while others capture scrapes with surrounding vehicles and narrowly avoided accidents.

Consumer Reports found the feature to be “glitchy” and said that it “at times worked intermittently, without a lot of obvious benefits for consumers.” The feature, which is part of a $6,000 so-called Full Self Driving option, is not “consumer-ready technology,” the magazine said.

“What consumers are really getting is the chance to participate in a kind of science experiment,” said Jake Fisher, the magazine’s senior director of auto testing. “This is a work in progress.”

Tesla hasn’t returned calls or emails from Consumer Reports seeking comment on its findings. While the magazine has moved shares of the electric-car maker in the past, including by changing its buyer recommendations, the stock was unphased Wednesday, rising as much as 2.5 per cent to US$246.10.

The National Highway Traffic Safety Administration announced last week it’s in contact with Tesla to gather information on the system and said it “will not hesitate to act” if it finds a safety-related defect.

Tesla Chief Executive Officer Elon Musk tweeted Sept. 30 that Smart Summon was “probably our most viral feature ever.” Hours after NHTSA commented on the feature last week, he said it had been used more than 550,000 times in the first few days after its release.