Tesla Inc.’s market value has climbed above Volkswagen AG’s for the first time to more than $100 billion, a threshold that will trigger a huge payout for Elon Musk if he can sustain the feat for months.

The electric-car maker’s shares jumped as much as 4.6% shortly after the open of regular trading Wednesday. At the early intraday high of $572.11, Tesla’s market capitalization was roughly US$103.1 billion, exceeding Volkswagen’s US$99.8 billion and trailing only Toyota Motor Corp.

While Musk’s skeptics view as absurd Tesla being worth more than a carmaker that sold almost 30 times as many vehicles last year, Volkswagen’s Herbert Diess isn’t one of those cynics. He’s been arguably the most vocal CEO running a traditional carmaker to acknowledge that Tesla’s expansion heralds a radical shakeup of the more than century-old auto industry.

After saying three months ago that Tesla was no niche manufacturer anymore, he told top Volkswagen executives at an internal meeting in Germany last week that connected vehicles will almost double the time consumers spend online, and that cars will “become the most important mobile device.”

“If we see that, then we also understand why Tesla is so valuable from the view of analysts,” Diess, 61, said.

The jump above US$100 billion is about more than just bragging rights for Musk, Tesla’s billionaire chief executive officer. He’s eligible to receive the first tranche of an all-or-nothing pay award if the company’s market value stays above that threshold for a sustained period. On paper, the first chunk of the award would net him about $346 million.

Tesla shares have more than doubled since the company reported a surprise third-quarter profit and told investors it was ahead of schedule bringing out its next product, the Model Y crossover, and opening its factory near Shanghai.

The stock has room to run as Tesla grows in China, Wedbush analyst Dan Ives wrote in a report Wednesday. He boosted his target price to US$550 from US$370 while maintaining the equivalent of a hold rating.

While at least eight analysts have boosted their price targets by more than $100 since the year began, consensus is still well below where Tesla’s shares are trading. The average target is US$363.92 with just 10 analysts rating the stock a buy, compared with 10 holds and 16 sells. 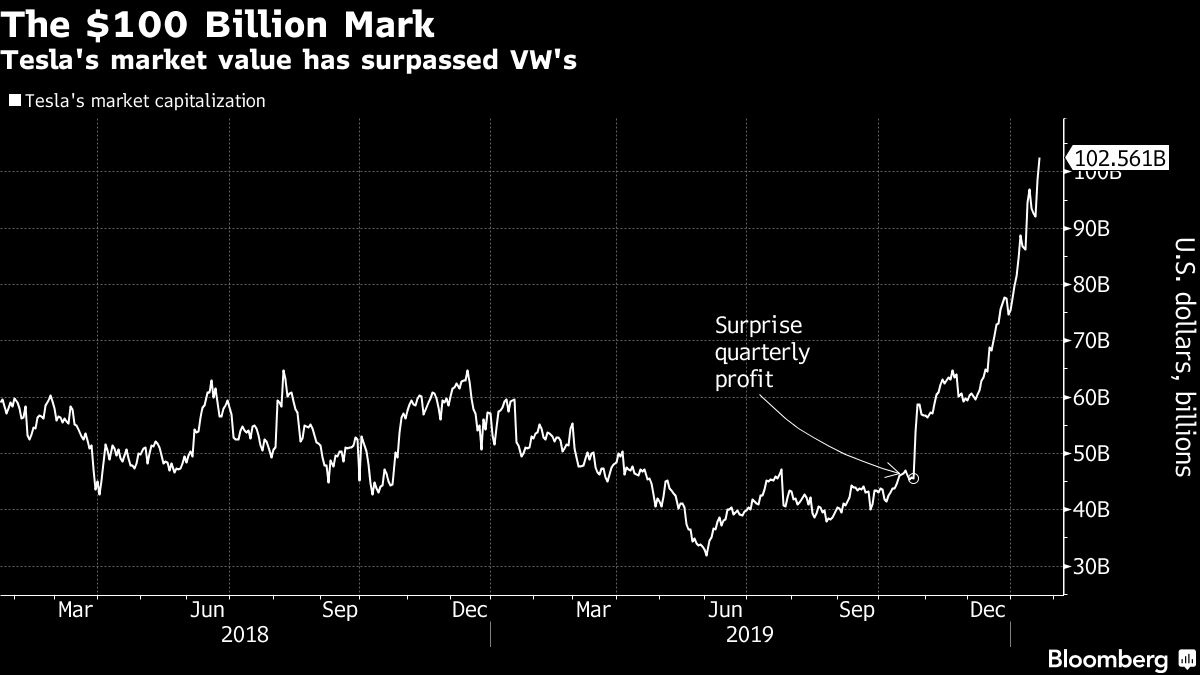